On this tour we'll see the greatness of humankind's achievements today and yesterday. And as well as visiting the beautiful Philae temple, and the Unfinished Obelisk (the largest in the world) we'll see the Aswan Dam, one of the 20th century's largest engineering projects.

On this tour we'll see the greatness of humankind's achievements today and yesterday. And as well as visiting the beautiful Philae temple, and the Unfinished Obelisk (the largest in the world) we'll see the Aswan Dam, one of the 20th century's largest engineering projects. 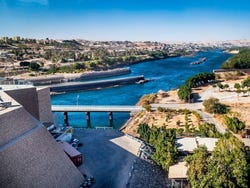 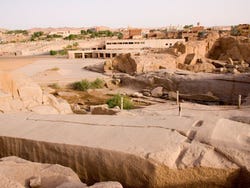 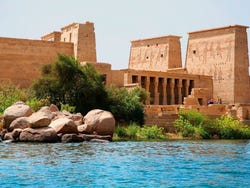 Having picked you up at your hotel or boat, we'll leave the historic centre behind to make our way to the Aswan Dam.

This dam is one of the largest of the 20th century, finished in 1970 and constructed to protect Egypt from the annual flooding of the Nile, the second largest river in the world.

Our next stop will be the unfinished Obelisk, located in a granite pit from the reign of Queen Hatshepsut. Had it been finished, it would have been the largest obelisk in Ancient Egypt, at 42 metres tall and weighing 1,200 tonnes.

Leaving the quarry behind the tour makes its way to Agilika island, between the old and new Aswan dam, where the beautiful Philae Temple can be found. This temple is dedicated to the goddess Isis, and is one of the four places where the legend of Isis, Osiris and Horus takes place.

Then with the tour over we'll take you back to the starting point.

Tickets to all monuments and attractions.

The guide Ahmed was extraordinary: punctual, attentive and very detailed and rigorous in the explanations he provided about each location. I recommend this experience. Opinion translated. Show original.

8.20 / 10 157 reviews
No trip to Egypt would be complete without a cruise on the Nile, the most memorable experience on a memorable trip. This 3 day cruise goes from Aswan to Luxor.
US$ 289.40
Book
like

8.70 / 10 3 reviews
Travel back in time sailing past Ancient Egyptian temples on this four-day cruise on Lake Nasser. Explore Abu Simbel, Kalabsha and more!
US$ 558.40
Book
like

7.60 / 10 25 reviews
On this excursion we'll visit the astonishing temples of Abu Simbel, the only monuments in Egypt that can hold a candle to the grandiosity of the three pyramids of Giza.
US$ 89.30
Book