Designed by Antonio Gaudí, Casa Vicens is an outstanding Catalan modernist-style example in the Gracia neighbourhood. Skip the lines with these tickets! 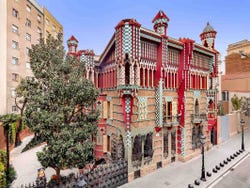 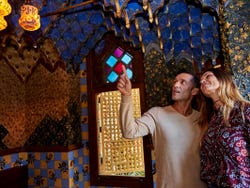 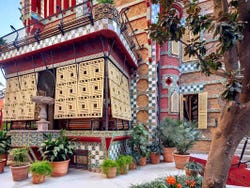 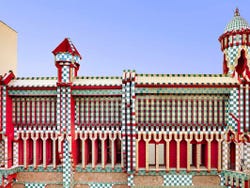 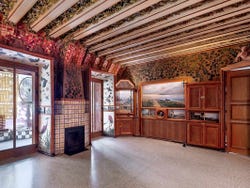 What is Casa Vicens?

Casa Vicens is one of the first modernist houses designed by Antoní Gaudí. It was commisioned as a summer retreat for Manel Vicens i Montaner, a distinguished stockbroker at the end of the nineteenth century.

The building powerfully holds your attention thanks to its imaginative decoration. In the design process, Gaudí was greatly inspired by the forms of nature, but also in other historic styles such as Moorish and Byzantine art. The building also has a very prominent Andalusian aesthetic with various allusions to iconic landmarks in Granada, including the Alhambra and the Palacio de Generalife.

The mansion, declared a World Heritage Site in 2005, also has various oriental-inspired rooms, where you can observe Persian architectural forms.

The tour of Casa Vicens is self-guided, so you can spend as much time as you want in each room. There are employees on each floor who will be happy to attend any questions you may have.

Casa Vicens is located at 20-26 on the calle de les Carolines, in the centre of Gracia. The modernist residency opens from Monday to Sunday between 10am to 8pm.

9.50 / 10 468 reviews
Explore the historic center of Barcelona accompanied by an expert English-speaking guide on a free walking tour and delve into the rich history of the second largest city of Spain
Free!
Book
like Skip the line

8.70 / 10 162 reviews
Delve into Antoni Gaudí’s creative world by visiting the architect’s most important landmarks in Barcelona, including the Sagrada Familia and Casa Batlló.
US$ 89.80
Book
like -8%, Skip the line