Discover the most emblematic places in the Lebanese capital with an exclusive guide just for you and your group. The best way to explore the splendour of Beirut, one of the oldest cities in the world!

Discover the most emblematic places in the Lebanese capital with an exclusive guide just for you and your group. The best way to explore the splendour of Beirut, one of the oldest cities in the world! 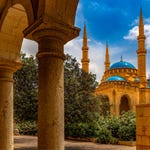 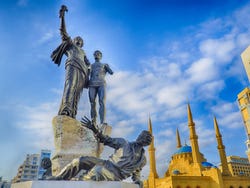 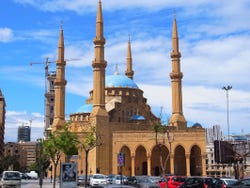 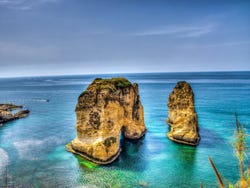 When you reserve a private tour, you benefit from personalised service and the opportunity to tailor your itinerary to your interests. You'll enjoy fascinating explanations of Beirut's history and fun facts about the city from an exclusive English-speaking guide just for you and your group.

On the day of your tour, your guide will pick you up from your hotel in Beirut at around 9 am to begin your adventure around the Lebanese capital. Ready to see the city's most emblematic sights?

We'll begin by delving deep into Centre Ville, Beirut's Central District, where we'll see Martyrs' Square and the Blue Mosque, or Mohammad Al-Amin Mosque, which has become one of the symbols of the city. Despite being a contemporary building, only having opened in 2008, the mosque is built according to typical Ottoman architectural styles and is reminiscent of Istanbul's Blue Mosque.

During the private tour, we'll discover the significant Christian influence in the Lebanese capital. The contrasting cultures of Beirut can be heard as well as seen in the ringing of the church bells calling the city's Christian population to mass. Discover the Maronite Cathedral of Saint George, a Neo-Classical style building inspired by the Basilica di Santa Maria Maggiore in Rome.

Continuing on our guided route around Beirut, we'll find Nejme Square, also called Place de l'Étoile; the ancient Roman Baths; the Garden of Forgiveness; and the iconic Hamidiyi Clocktower. As we explore these important historic sites, our guide will explain their significance to Beirut and Lebanon as a whole.

Later, if you'd like, we can visit the National Museum of Beirut, home to an incredible collection of archaeological artefacts from the region that is now Lebanon, which date from Prehistory through to the Ottoman Empire. Amongst the exhibitions, you'll be able to admire the famous gilded bronze Votive statuettes, found in the Obelisk Temple at Byblos, and dating back to the 19th or 18th century BCE!

For the finishing touch on our private guided tour of Beirut, we'll go to the Deir al-Qamar, or the "Monastery of the Moon". Located to the southeast of the Lebanese capital, this village is home to impressive historic sites including the Moussa Castle and the Beiteddine Palace. After an unforgettable tour, we'll return to Beirut for 5 pm.

As this is a private tour, you have the freedom to choose where to start and end your activity. Your guide can pick you up and drop you off from your hotel in Beirut or at a convenient meeting point in the city centre - you decide!

Pick up and drop off at your hotel or preferred meeting point in Beirut.

Entrance to monuments and museums.

10 / 10 1 review
Roman ruins, intriguing caves and beautiful vineyards: discover the incredible places surrounding Beirut on a private tour with an exclusive guide just for you.
US$ 320 per group
Book
like

10 / 10 1 review
Explore the historic city of Byblos, visit Jeita Grotto and ride the Harissa Telepherique: discover three wonders of Lebanon on this private tour from Beirut.
US$ 95
Book
like

No rating yet
Travel back in time to ancient Lebanon on this private tour of the archaeological sites of Baalbek and Anjar and enjoy a wine tasting in the Beqaa Valley.
US$ 320 per group
Book