Discover Gyeongju when you take this day tour around the main locations of the ancient capital of South Korea. You will see the magnificent Bulguksa temple, magical Seokguram Grotto and the beautiful Anapji pond. 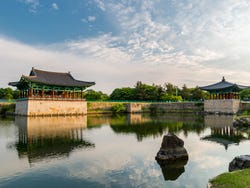 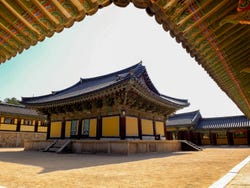 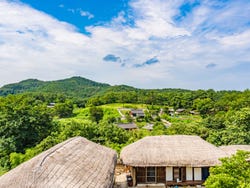 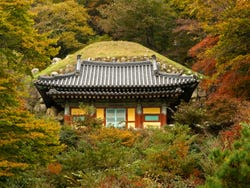 We will start our one day trip to Gyeongju, setting off from the center of Busan. After approximately an hour and a half traveling along the Korean peninsula, we will reach the ancient village of Yangdon, constructed in the era of the Joseon dynasty in the 15th century. It still remains intact and inhabited today, despite the passage of time. We will explore the narrow streets and paths around the village, enjoying the nature, ancient architecture, and the traditional customs of its inhabitants.

Later, we will pause to try some succulent South Korean cuisine (not included).

After eating, we continue to Gyeongju where we will visit the Seokguram Grotto. These set of caves were excavated during the 8th century to house a Buddhist temple in its interior. In one of the galleries, you will also be able to see one of the most celebrated sculptures of Buddha.

When we have finished, we will visit the Bulguksa Temple, one of the oldest in Asia and one of the most popular in South Korea due to its historical, spiritual, and artistic importance.

We end our trip by visiting the Wolji pond, also known as Anapji. This artificial lake is full of colorful fish and is located next to Palacio Donggung, in tranquil grounds that encourages meditation and reflection.

Once we have finished our guided tour of Gyeongju, we will return to Busan around 9 pm.

The trip to Gyeong starts from three different meeting points from which you can choose:

The itinerary may vary depending on weather conditions and traffic.

I travelled with my partner
Show all the reviews
like -20%

No rating yet
Explore the rural side of South Korea when you take this fantastic trip to Namhae from Busan.
US$ 63.50
Book
like

No rating yet
Immerse yourself in the lively atmosphere of Busan at night on this guided tour: visit its most emblematic sights and enjoy spectacular views of the city!
US$ 29
Book