Discover the treasures of Cagliari, such as the Cathedral of Santa Maria, the ancient city walls, and the archaeological museum, when you take our fantastic guided tour.

Discover the treasures of Cagliari, such as the Cathedral of Santa Maria, the ancient city walls, and the archaeological museum, when you take our fantastic guided tour. 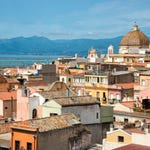 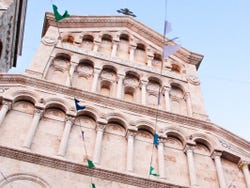 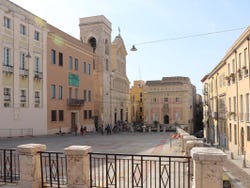 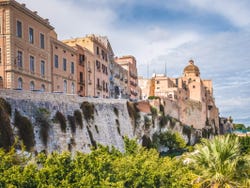 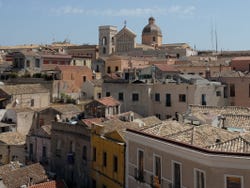 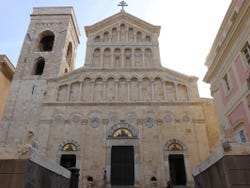 For this tour you can choose between two options; a 2 hour tour or a 3 and a half hour tour.

We will meet up in Piazza Yenne in Cagliari at 10 am, where we begin our fantastic guided tour of the historic city center, also known as the Castello district.

Founded in the 13th century, this quarter is surrounded by the medieval city walls and houses the Bastion of Santa Caterina and the Tower of the Elephant, where, if you look carefully, you will spot the animal from where the monument takes its name.

We will stroll through the cobbled streets of Cagliari to get an idea of the city's glorious past. We will arrive at the Piazza Carlo Alberto square, home to the magnificent Cathedral of Santa Maria, the most important temple in the capital. It was built in the 13th century in the Romanesque style architecture, although its main facade is from the beginning of the 20th century.

After this brilliant two-hour tour, we'll go to one of the city center's viewpoints to enjoy stunning panoramas of the surrounding area and the coast. Castello is the highest district in Cagliari, and views from here are breathtaking.

This tour is available on Mondays and Fridays at 18:00; and Tuesdays and Thursdays at 10:00. During the reservation you must indicate the time you prefer.

If you would like an even more comprehensive tour of Cagliari, you can choose the 3.5-hour itinerary. This option gives you the same as the two-hour tour, but you will also enter the Archaeological Museum.

Inside, you will travel back in time, as we visit the remains of the different civilizations which inhabited Cagliari through history. The most important of these was the Nuragic and you will encounter the colossal tombs of its Giants Graveyard which dates back more than 2000 years.

This tour is available on Tuesdays and Thursdays at 10:00.

It is compulsory to display a Covid vaccination certificate or a negative PCR or antigen test performed up to 48 hours before the activity. Vaccines and tests must be authorised and recognised in the country of the activity. Show more

Entry to the Archaeological museum (only in the 3.5 hour tour).

From
US$ 32.40
Free cancellation up to 48 hours before the service starts
Book

The guide who accompanied us and whom I thank was good and helpful Opinion translated. Show original.

WE LOVED RENATO AND HIS VISIT. HIS KNOWLEDGE IN HISTORY WERE IMPORTANT WHEN THE CITY EXPLAINED TO US. A VERY SATISFACTORY EXPERIENCE Opinion translated. Show original.

We are delighted with this tour! And even more so with our guide Renato! A piacere! Fully recommended Opinion translated. Show original.

10 / 10 3 reviews
Discover the Phoenician and Roman legacy of Sardinia when you take this trip to the fascinating archeological site of Nora.
US$ 81
Book
like

No rating yet
Indulge in the fine wines and cheese of Sardinia on this tour from Cagliari. Visit Dolianova and Soleminis and discover a traditional local winery!
US$ 115.70
Book
like

7.50 / 10 4 reviews
Visit the inland wilderness of Sardinia with this trip from Cagliari. Meet the wild horses of Giara di Gesturi and discover the island's ancient past.
US$ 92.50
Book