Immerse yourself in the world of literature and Danish history on this guided tour of Kronborg Castle in Helsingør, or Elsinore, the coastal fortress immortalised in Shakespeare's Hamlet. 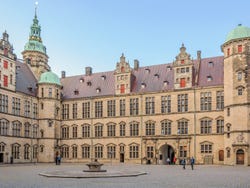 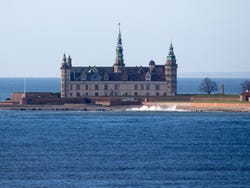 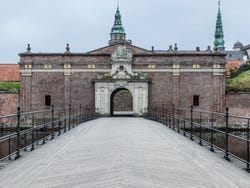 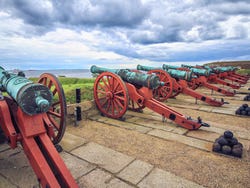 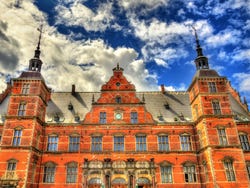 Your excursion will begin at Copenhagen Central Station, where you'll board a train heading north in the direction of Helsingør, known in English as Elsinore, a small town in eastern Denmark.

After a journey of approximately one hour, you'll arrive at Helsingør Railway Station and make the short 20-minute walk to Kronborg Castle, located on the northeastern tip of the Danish Island of Zealand. The historic fortress dates back to the 15th century, when it controlled access to the Baltic Sea, and it has been designated a World Heritage Site by UNESCO.

Enter the fortified complex via a bridge that crosses the cold Baltic waters, and you'll be met by the sight of the imposing castle that inspired the setting of Shakespeare's famous work, Hamlet. Discover the different legends surrounding the Danish prince who became such a mythical figure in world literature.

Explore the magnificent chambers, halls and ballrooms of Kronborg Castle to learn all about the history of the fortress and how its important inhabitants lived over the centuries. Having visited the castle interior, enjoy a stroll around the outside, where you'll see an impressive collection of cannons. The gardens of Kronborg will also offer you excellent views over the narrowest point of the Øresund Strait to the coastal Swedish town of Helsingborg.

Following your guided tour of Kronborg Castle and its surroundings, you'll walk back to Helsingør train station around 12 pm, where you'll catch the return train to Copenhagen.

This day trip does not include transport or entrance to the Kronborg Castle. To travel to Helsingør by train, you'll have to buy a 24-hour ticket which costs 130 DKK per person (approx. 18 EUR). Additionally, the ticket for Kronborg Castle varies depending on the date visited: it costs 90 KK (approx. 13 EUR)  between September and May, and 140 DKK (approx. 19 EUR) between June and August. Children under 18 years old enter the castle for free.

If you have the Copenhagen Card, your transport by train to Helsingør and entrance to the Kronborg Castle are included.

If you'd prefer, you can reserve a private day trip to Kronborg Castle instead, with an exclusive guide just for you and your group.

Copenhagen Central Station, on the esplanade in front of Tivoli Gardens.

9.50 / 10 4,486 reviews
Enjoy a guided tour around this captivating capital city with this Copenhagen Free Walking Tour. Visit the historic centre and it's free!
Free!
Book
like

9.50 / 10 116 reviews
The Copenhagen Card helps you save time and money in the Danish capital, and includes free entry to 79 attractions, as well as unlimited use of public transport
US$ 67.20
Book
like

10 / 10 5 reviews
Immerse yourself in the history of Denmark on this guided tour of Christiansborg Palace and enjoy spectacular views from the tallest tower in Copenhagen.
US$ 35.70
Book