From the beautiful mosques to the Marian shrine experience the contrast between Islam and Christianity with this Mostar & Medugorje Guided Tour. Discover the diversity of Bosnia-Herzegovina. 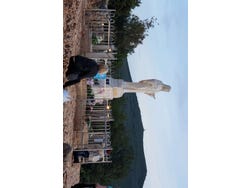 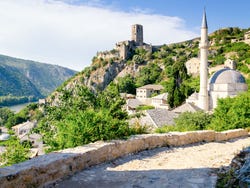 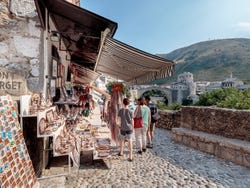 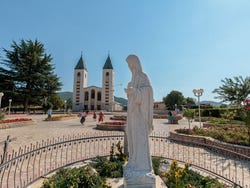 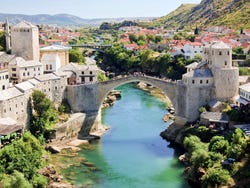 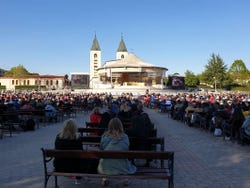 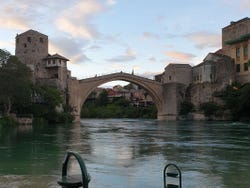 After picking you up at your hotel at 7 am, we'll head west. After crossing the Bosnian-Croatian border we'll make a short photo stop in Neum, the only coastal enclave in Bosnia-Herzegovina.

The route will continue to one of the most iconic places of the Bosnian territory, the Old Bridge of Mostar. This bridge over the river Neretva dates back to the 16th century but was destroyed in the wars that ravaged the former Yugoslavia.

Today the rebuilt bridge is listed as a UNESCO World Heritage Site. As well as seeing this famous monument, you'll have some free time to explore Mostar, its famous Kujundziluk bazaar and the city's outstanding collection of mosques. You can also have lunch on your own and enjoy the Bosnian gastronomy, where the Ottoman influence is present in many of its dishes.

During the afternoon, we'll head south to visit the Marian shrine of Medugorje. This Bosnian municipality is known for the apparitions that the faithful attribute to the Virgin Mary.

You'll have 45 minutes of free time to visit the sanctuary. Then we'll return to Dubrovnik around 7 pm.

Bosnia-Herzegovina is not part of the European Union or the Schengen zone, so you must show a valid national identity card or passport to enter the country.

US$ 66.50
Free cancellation up to 16 hours before the service starts
Book

Free! Free cancellation up to 16 hours before the activity starts. If you cancel under this time or do not show up, you will not be refunded.

8 / 10 58 reviews
Cruise along the spectacular Croatian coastline and discover three of the Elaphiti Islands. Explore Koločep, Šipan and Lopud at your own pace on this boat trip.
US$ 58.10
Book
like

9 / 10 33 reviews
See the sunset from the Dubrovnik docks, and enjoy a romantic dinner on board a beautiful 16th-century boat. An unforgettable experience.
US$ 93.20
Book
like

9.70 / 10 23 reviews
What better way to experience sunset over breathtakingly beautiful Dubrovnik and its ancient city walls than kayaking out to sea along the Dalmatian Coast?
US$ 42.30
Book