Learn about the most curious historical facts of Cuban independence with this Holguin Day Trip from Guardalavaca. Are you ready?

Learn about the most curious historical facts of Cuban independence with this Holguin Day Trip from Guardalavaca. Are you ready? 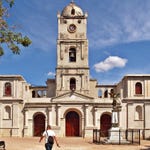 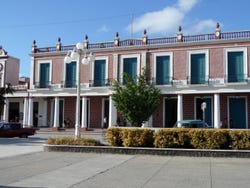 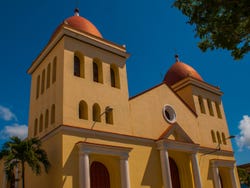 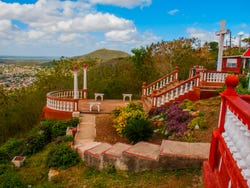 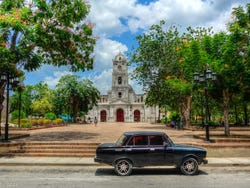 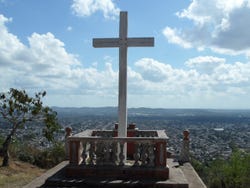 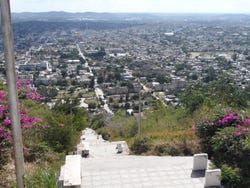 We'll pick you up at your hotel in Guardalavaca at the time of your choice and set off for the city of Holguin. The trip will take only one hour.

As soon as we arrive, we'll contemplate one of the most emblematic places of the municipality: the Orígenes Mural, made with 20 tonnes of concrete. We'll continue with the visit to the San Isidoro Cathedral, where we'll have the opportunity to appreciate its colonial-style facade and its Moorish interior.

Afterwards, we'll arrive at the Plaza Calixto García Íñiguez, a site inaugurated in 1720 where we'll talk about events such as the Cuban War of Independence. Then we'll visit the La Periquera Museum to learn about the aboriginal remains and the current works that have shaped the identity of the Holguineros. Do you know where the name of this colonial house comes from? The legend is related to the Spanish troops' uniform colours.

To continue with the war stories, we'll stop in front of the church of San José. This temple served as a defensive fort for the Spanish militia during the independence of Cuba and is also the oldest basilica in the city.

We'll then climb 458 steps to the Loma de la Cruz. From this viewpoint, crowned by a large wooden cross, we'll have a perfect panoramic view of Holguín. Time to take the camera out!

Finally, we'll return to Guardalavaca, where we'll arrive at your hotel after a five-hour excursion.

The activity takes place with a guide that speaks in English, Spanish and French.

No rating yet
Visit one of the first places Christopher Columbus set foot in on his famous voyage with thisGibara Day Trip from Guardalavaca - you'll fall in love!
US$ 49
Book
like

No rating yet
It has been more than 500 years since Christopher Columbus set foot in Cuba. Discover where he arrived in 1492 with this Bariay National Monument Day Trip.
US$ 40
Book
like

Discover some of the most important sites in Cuban history with an exclusive guide just for you and your group on one of our private day trips from Guardalavaca.