Discover the principal streets, monuments and history of Guimarães on this free tour. Find out why the city is considered the birthplace of Portugal!

Discover the principal streets, monuments and history of Guimarães on this free tour. Find out why the city is considered the birthplace of Portugal! 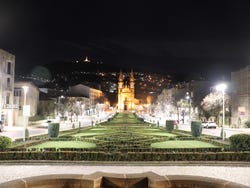 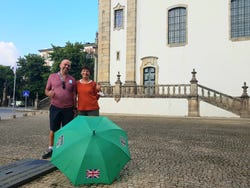 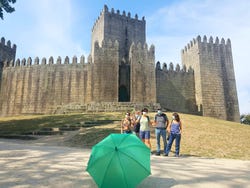 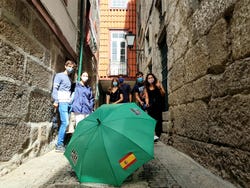 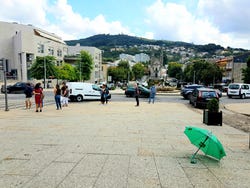 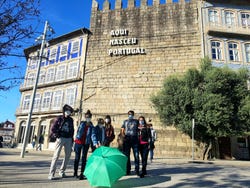 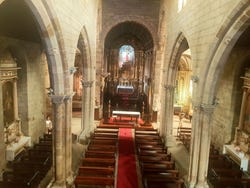 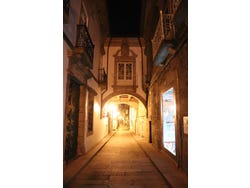 At your selected time, we'll meet in front of the Chapel of Nossa Senhora da Guia. From there, we'll start our free tour of the charming city of Guimarães. Your English-speaking guide will take you through the history of this city, declared an UNESCO World Heritage site in 2001 and birthplace of Alfonso I, the first king of Portugal.

We'll walk through the city center, passing by the Church of Nossa Senhora da Oliveira. You'll admire many emblematic temples from the exterior, including the Basilica of São Pedro, the Church of São Francisco and the Church of São Miguel, over 600 years old. Nearby, you'll also see the 10th-century Castle of Guimarães and the Palace of the Dukes of Braganza.

Then, our guide will take us through some of the city's principal streets, like Largo de Santiago, Largo da Misericórdia, Largo de São Damasco and, of course, Largo da Oliveira. On Largo da Oliveira, we'll find Padrão do Salado, a famous monument commemorating a battle between Moors and Christians. Afterward, we'll head to the famous Largo do Toural, considered the heartbeat of the city.

During the tour, you'll also visit medieval city walls, where you'll find a sign that says 'Portugal was born here.' The perfect spot for a souvenir photo!

Next, the group will visit the Martins Sarmento Museum (Sociedade Martins Sarmento), founded in 1881, as well as the area of Couros, where you'll learn all about its significance to the city.

After two hours of touring through Guimarães, we will say goodbye to our guide near the Church of Nossa Senhora da Consolação e Santos Passos.

It was a great tour! With an excellent guide Joaquin! He show me the city, explain everything clearly, showed me all the details that there are to know about the city. Totally recommend!

No rating yet
Discover monuments such as Guimarães Castle, Praça de São Tiago square, and the Palace of the Dukes of Braganza on our fantastic bus tour of Guimarães.
US$ 12.50
Book
like

No rating yet
Discover Portugal with this Guimarães Private Day Trip. Porto, the Douro region, local wineries or the Peneda-Gerês National Park, enjoy the northern landscape!
US$ 377.40 per group
Book