Travel along the Slovenian coast with this tour of Piran, Portorož and Izola and experience the Venetian charm of three of the country's most enchanting towns.

Travel along the Slovenian coast with this tour of Piran, Portorož and Izola and experience the Venetian charm of three of the country's most enchanting towns. 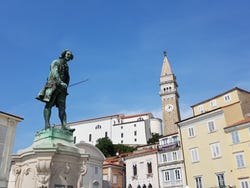 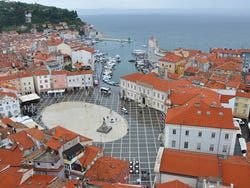 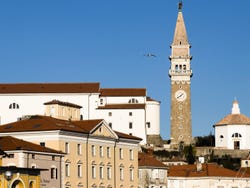 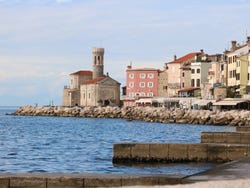 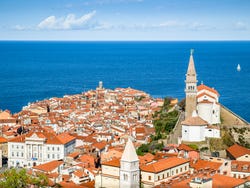 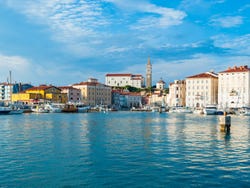 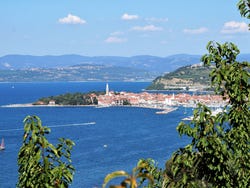 After picking you up from your hotel in Izola at 9 am, we'll set off on our tour of three of the most famous towns on the Slovenian coast: Piran, Portorož and, of course, Izola.

First, we'll travel to Piran, an old port town considered by many to be one of the most beautiful towns in the country. Declared a cultural-historical monument, Piran is home to many tourist attractions, including its medieval walls and the Venetian-style Gothic architecture of its buildings.

During our tour of Piran, we'll visit the maritime museum, Tartini's house and theatre, the Baroque House, and the Apollonio Palace. We'll also climb a hill to enjoy unforgettable views of the bay.

We'll return to the minibus and continue travelling along the Slovenian coast until we reach Portorož. We'll enjoy a guided tour to discover the town's imposing buildings, built between the 13th and 19th centuries. Throughout our tour, we'll learn all about the history of what was once a favourite destination of the European aristocracy.

Finally, we'll return to Izola and explore the town, discovering its most beautiful streets and the relationship that the locals have with the sea. Did you know that Izola was originally an island? We'll reveal how the town has changed and evolved since the times of the Roman Empire.

We'll finish the tour of Piran, Portorož and Izola returning to your hotel at 2 pm.

US$ 74.10
Free cancellation up to 24 hours before the service starts
Book

Make the most of your time in Slovenia with a trip to the capital on this Ljubljana Tour from Izola. Discover some of the city's most important historic monuments!

Delve into the history of the Slovenian capital and visit a fairytale lake on this tour of Ljubljana and Bled from Izola. An unmissable trip!

Follow in Melania Trump's footsteps with this tour of Sevnica and Ljubljana from Izola. You will discover the places that marked the life of Donald Trump's wife.