Literally built on the side of a mountain, Predjama Castle guards some big secrets. This exciting tour takes you deep into the citadel before also heading to the mysterious Postojna Cave system.

Literally built on the side of a mountain, Predjama Castle guards some big secrets. This exciting tour takes you deep into the citadel before also heading to the mysterious Postojna Cave system. 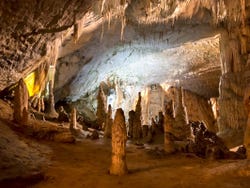 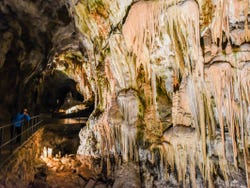 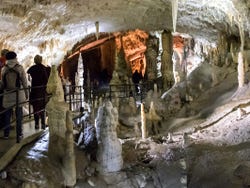 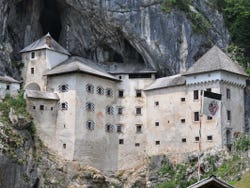 We will depart from Ljubljana and head south, crossing the beautiful natural landscapes that surround the Slovenian capital.

After driving for about an hour, we reach Postojna, Europe's most visited cave system. The reason why the cave is so popular is its spectacular stalactites and stalagmites which line the ceiling and floor of the cavern. There are also many other secrets to discover in the cave, such as the amazing acoustic sound. While we're in Postojna, we'll also be treated to a tasting of local spirits.

When the guided tour of the cave has finished, we head to the nearby Predjama Castle, located only 15 minutes away. There are many majestic ancient castles around central Europe, but the one found at Predjama is unique. This citadel is constructed into the rockface of a mountain!

As we tour the fort, we will hear about the legend of Erasmus of Lueg. This Barron, nicknamed the 'Robin Hood of Slovenia' was betrayed and killed by one of his own men.

Once our guided tour of Predjama castle has finished, we will head back to Ljubljana.

The trip includes collection from the following central locations in Ljubljana:

When making the reservation, you must choose one of the collection points listed above.

You can also book the Postojna Cave and Predjama Castle Trip with departure from Bled.

No rating yet
This day trip to Piran and Škocjan is your chance to see one of the world's largest underground canyons. What are you waiting for?
US$ 78
Book
like

No rating yet
Take a trip to Triglav National Park and discover Slovenia's incredible natural beauty. Plus, see the Soca Valley and its wonderful waterfalls- unmissable!
US$ 78
Book
like

No rating yet
We'll take you to Maribor, Ptuj and Žalec on this day trip from Ljubljana, plus an expert guide will explain the most important details about each place.
US$ 100.70
Book