Thousands of lights, legendary monuments lit up by night, and an incredible atmosphere all define London once the sun sets. Discover it on this tour. 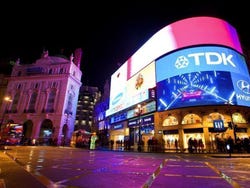 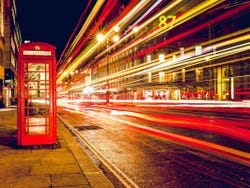 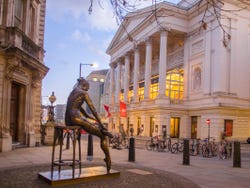 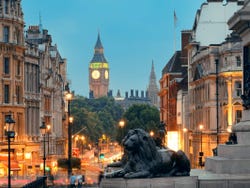 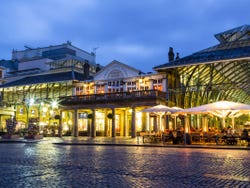 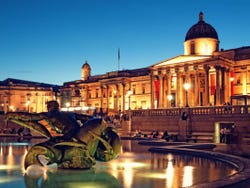 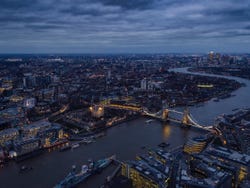 The tour meets at the agreed time, outside the Palace Theatre, to begin an unforgettable night tour of modern-day London.

First stop is Covent Garden, the neighbourhood which boasts most theatres in the capital. From there we'll explore the surrounding streets, making our way finally to the Royal Opera House, where we'll see the famous statue of the ballerina, before making our way to the next stop.

Next you'll discover the streets that inspired J.K. Rowling to dream up Diagon Alley, and the secrets that Charing Cross Station hides... Then it's on to Leicester Square, where almost all of the city's film premiers take place.

Throughout the night you'll also feel the energy of Chinatown, before finishing the tour at Picadilly Circus.

15% discount on the official ticket price.

Manel is an excellent guide as he explains very well and encourages people to learn more about the history of the places visited. You know the tour like the back of your hand and that adds excitement to the entire route. Very friendly and fun Opinion translated. Show original.

Very good experience and a different way of getting to know London, I would definitely do it again. Opinion translated. Show original.

We have really enjoyed the places we have visited and especially Gerardo's explanations, he has been a great guide! To repeat Opinion translated. Show original.

I recommend this tour. Very nice Emilio has shown us places and streets along with his very interesting history. Despite the rain, it was a very enjoyable and interesting ride. Opinion translated. Show original.

9.10 / 10 1,003 reviews
At The Making of Harry Potter, you can discover the original film sets, special effects, authentic props and costumes from the eight film Harry Potter series.
US$ 55.50
Book
like

9.10 / 10 68 reviews
Experience life on the HMS Belfast, an impressive warship from World War II, moored on the River Thames and one of London’s iconic symbols.
US$ 31.50
Book
like

8.50 / 10 111 reviews
Admire London’s beautiful skyline while you enjoy a luxury four-course dinner on a panoramic cruise down the Thames.
US$ 102.80
Book