Enter the vampire universe and travelling through filming locations with this Twilight New Moon Movie Tour. Discover the home of the Vulturi, one of Italy's most powerful vampire lineages, as you follow in the footsteps of Bella Swan around Montepulciano. 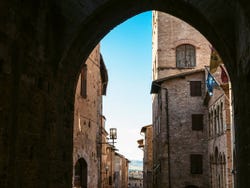 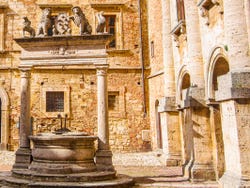 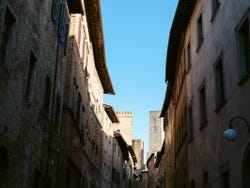 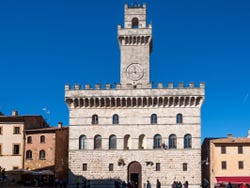 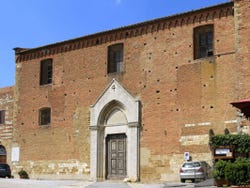 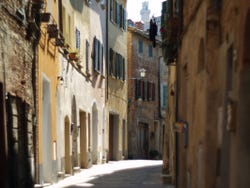 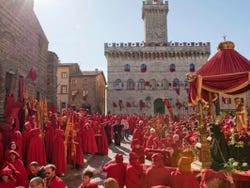 Are you ready to dive into the world of Stephenie Meyer? At a time of your choosing, we'll meet in the central Piazza Grande in Montepulciano to begin a tour that will take us to the filming locations for the second part of the Twilight saga.

Next to the Palazzo Comunale, we'll remember one of the film's most famous scenes and how the young Bella Swan hurried through the streets of this Tuscan town to try and save Edward Cullen's life.

Do you remember what the protagonists were doing in Italy? It's time to talk about the Vulturi, an ancient and powerful family of vampires who had their home in Volterra. However, the directors of New Moon decided to travel a little further east to recreate this city in Montepulciano - the magic of cinema!

During the tour, we'll see the narrow passage of Vicolo della Concordia, very close to where Alice Cullen and Bella left their car when they arrived in the city. We'll also visit Piazza delle Erbe, see the façade of the Church of St. Francis and much more.

After the guided tour, we'll stop at a local restaurant to enjoy a very special drink. Finally, after an hour and a half tour, the tour will end in the historical centre of Montepulciano.

A drink in a historic coffee shop.

US$ 41.10
Free cancellation up to 24 hours before the service starts
Book

Great tour with a wonderful guide! She showed the Twilight new moon filming spots and is a very good English speaker. Native to the Montepulciano town with a very relaxed vibe.

9.30 / 10 3 reviews
Be captivated by the aromas and flavours with this Montepulciano Wine Tasting Tour. You'll discover how this drink is produced and see the underground cellars.
US$ 34.10
Book
like

No rating yet
Discover the secrets of authentic Italian cuisine with this cooking class in Montepulciano and learn how to prepare the most typical Tuscan dishes!
US$ 135.30
Book
like

No rating yet
Discover the food culture of the Montepulciano region on this tour which cakes in a cheese maker and a traditional winery
US$ 92.90
Book