Discover one of Canada's most culturally diverse cities with this Montreal Walking Tour. You'll enjoy exploring its picturesque streets while finding out about its abundant history. 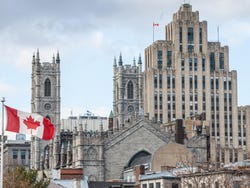 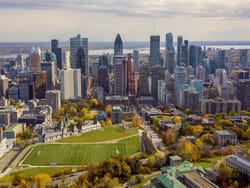 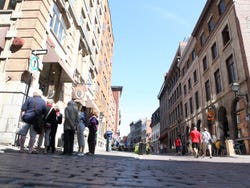 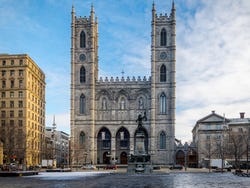 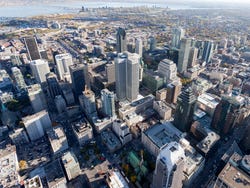 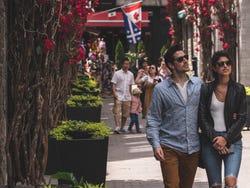 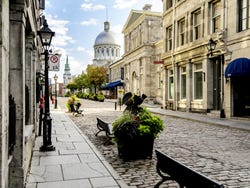 At 11 am, we'll meet at the Place d'Armes in Montreal to begin this guided tour of the largest city in the province of Quebec.

We'll start by walking through the picturesque streets of Montreal's old town while revealing some of the most curious facts about its history. Did you know that it is known as the capital of maple syrup? And that it has more than 350 kilometres of bicycle lanes? This means of transport can take you almost anywhere in the city.

During this guided tour, we'll get to know the eastern part of Montreal and discover special locations including the Notre-Dame Basilica, Cours Le Royer, Place Jacques-Cartier, the City Hall and the famous Champ de Mars park, which was a former military parade ground.

After spending 1 hour 30 minutes discovering the east side of Montreal, we'll end the guided tour next to Bonsecours Market, one of the most symbolic markets in the whole city.

Most areas are accessible. This must be indicated in the reservation.

US$ 22.60
Free cancellation up to 24 hours before the service starts
Book

No rating yet
Enjoy a unique evening sailing along the waters of the Saint Lawrence River with this Montreal Sunset Cruise while listening to live music. An unforgettable exp
US$ 55.30
Book
like

No rating yet
Discover the largest city in Quebec in total comfort and having lots of fun with this bike tour of Montreal. Choose between a normal or an electric bike!
US$ 59.50
Book
like

No rating yet
Don't miss out on the opportunity to discover the delicious cuisine in the French Canadian city as an authentic local, with this Montreal Food Tour.
US$ 59.30
Book