Travel back in time on this walking tour through Medieval Nuremberg. Discover the myths and legends surrounding the city as you explore its historic streets and monuments. 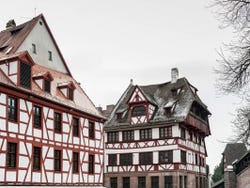 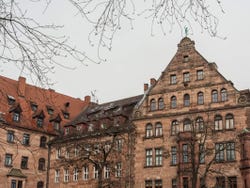 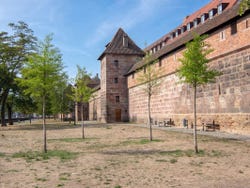 After meeting in the emblematic Hauptmarkt, or main market square, you'll begin your walking tour around historic Nuremberg. Having admired the centuries-old buildings and the dramatic 14th century Gothic Cathedral around the square, you'll delve into the streets of the old town, heading towards the west of the city to uncover the secrets hiding around each corner.

Between cobbled streets and stone buildings, you'll discover the city's most feared trade: witchcraft. Return to the 17th century to relive the legendary witch trials, the historic solution to protecting the city from the devil! Ever heard of Dorothea Flock?

During your walking tour, your English-speaking guide will reveal the myths and legends of love, death and madness that shroud some of the city's most famous fountains. And you won't leave Nuremberg without hearing the story of the Flying Horseman!

Learn about the different trades of Nuremberg's locals during the Middle Ages, and discover the cruel tasks carried out by the city's executioners and torturers. What's more, you'll hear about Gregor Mendel, a scientist considered to be the founder of modern genetics. Do you know how he's related to Nuremberg?

Finally, continuing to the old city walls, you'll reach Weissgerbergasse, the oldest street in the city, where your guide will tell you about Kaspar Hauser. Nicknamed the "orphan of Europe", no one knows how this dishevelled-looking child arrived in Nuremberg... many believe he was of royal descent!

US$ 16.40
No hidden fees or surcharges
Free cancellation up to 24 hours before the service starts
Book

9.40 / 10 444 reviews
Nuremberg is a city with hundreds of stories to tell. Join us on this free walking tour around the historical centre and find out more!
Free!
Book
like

7.70 / 10 6 reviews
The Nuremberg and Fürth tourist card includes free entry to various museums and monuments and access to all the public transport in the city.
US$ 30.60
Book
like

9.60 / 10 66 reviews
Considered by the Nazis as the "most German of German cities", Nuremberg was an important city under the Third Reich. Discover this dark period of history.
US$ 16.40
Book