Check out all the activities in Palma de Mallorca 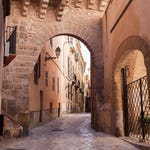 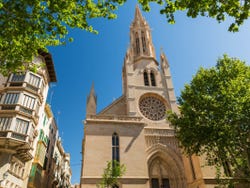 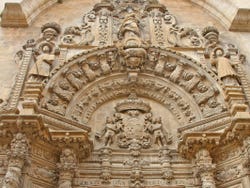 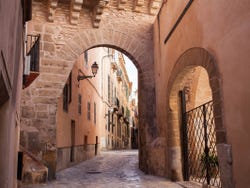 We'll set off on our guided tour starting from Plaza de Cort, by the Town Hall. During the Middle Ages, this central square of the Balearic capital was the old Jewish quarter of Palma Mallorca. What was life like for the Jewish population of this area of the Kingdom of Aragon? What cultural legacy have they left us? We'll find out the answers to all these questions and more on our tour around the old aljama.

The Jewish population lived in the "call", formed by narrow alleys that still survive today: Carrer Sòl, Carrer Monte-Sion... We'll make a stop in front of the Monte Sion church. Its Jewish name is no coincidence, as it stands on top of an old synagogue.

In the 15th century, the Jews were expelled from the Christian kingdoms (including Aragon, to which the Balearic archipelago belonged). From then on, the xuetes, descendants of Jewish converts, emerged. During the walk, we'll marvel at how their influence is still evident in the culture of Palma Mallorca.

We'll end the tour at the Palma Cathedral.

On our free tour we do not accept reservations for more than 6 people. If you are a larger group, you must book a private tour of Palma de Mallorca.

Check out all the activities in Palma de Mallorca

fabulous, super interesting all despite not having hardly any architecture, all very entertaining and well explained Opinion translated. Show original.

We learned a lot from this tour Opinion translated. Show original.

The route and the very interesting history. Helps you delve into the history of the island Opinion translated. Show original.

A guide that boo makes it very enjoyable despite two hours of heat and walking in the late afternoon-night Opinion translated. Show original.

The great guide. He told us a lot of history. Opinion translated. Show original.

8 / 10 99 reviews
The Palma de Mallorca sightseeing bus is the ideal way to see the city. Hop on and off at any of 18 stops to explore the main places of interest.
US$ 20.80
Book
like