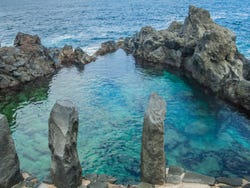 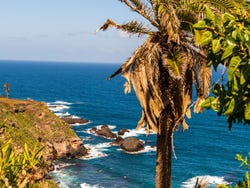 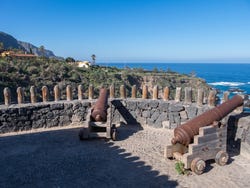 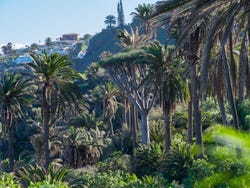 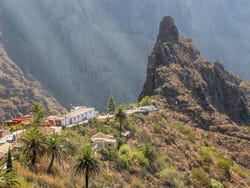 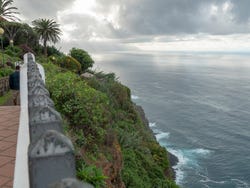 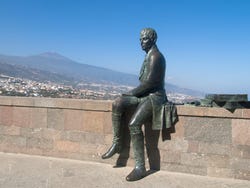 After picking you up at your hotel between 9 and 9:30 am, the bus will take us to Northern Tenerife's most stunning viewpoints.

Did you know that the Humboldt viewpoint is one of the most popular ones on the island? From here, we can see El Teide, the Orotava Valley's vast banana plantations and the El Fraile and Las Arenas volcanoes.

We'll also visit the Castro Ravine, which is Tenerife's largest wild palm grove. At this spot, we'll enjoy an incredible panoramic view of Tenerife's entire northern coast, and you'll also be able to make out the 18th century San Fernando Fortress. In addition, we'll visit the La Garañona Viewpoint, whose location high up on the cliffs makes it truly unique.

As well as iconic viewpoints, we'll see the La Laja natural pool. We'll explore the borders of this beautiful, once volcanic, pool and you'll be able to see the crystal clear waters which look like something out of a fairytale.

Our last stop is Masca, a picturesque hamlet among the cliffs. This charming place often stuns visitors due to the big rock that crowns the cottages, which also presents a worthy photo opportunity.

Hotel pick up and return transfer

US$ 47.90
Free cancellation up to 24 hours before the service starts
Book

The activity was great, the guide Ángel super friendly, he showed us the best views of the whole island. A great success to have taken this tour. In addition, it took us to places not very well known to tourists, and that we would not have known on our own. Opinion translated. Show original.

8.70 / 10 3 reviews
Visit the highest peak in Spain and admire the volcano with this Teide Cable Car + Hike Experience. Enjoy incredible views and an unforgettable hiking route.
US$ 104.40
Book
like

No rating yet
Discover the city in northern Tenerife with this La Laguna Free Tour. This walking tour is an ideal way to get to know its history and main points of interest.
Free!
Book
like

No rating yet
Go on this guided tour through the historic centre of San Cristóbal de La Laguna, the only Canarian city declared a World Heritage Site.
US$ 8
Book