Learn how Santa Cruz de Tenerife was not always the capital of the island, that under its main square are the remains of an old castle, and many other fascinating facts when you take this fantastic walking tour.

Learn how Santa Cruz de Tenerife was not always the capital of the island, that under its main square are the remains of an old castle, and many other fascinating facts when you take this fantastic walking tour. 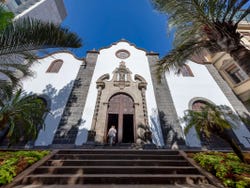 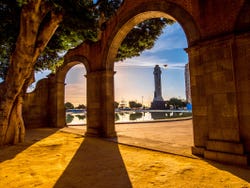 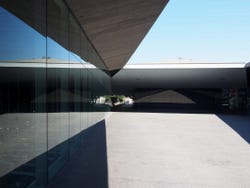 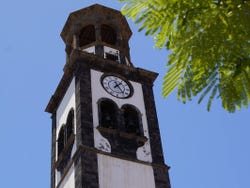 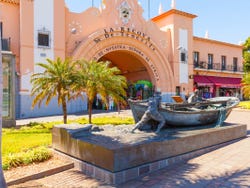 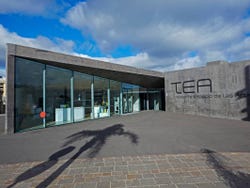 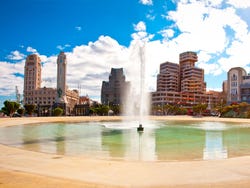 We will meet at Plaza España square in Santa Cruz de Tenerife to start a very special free tour of this enchanting city.

First of all, you will hear about the origins of this elegant square and admire the wonderful, historical buildings and monuments that surround it. We will see the Palacio Insular, home of the Tenerife City Council, the Real Casino, and the obelisk in honor of the Virgin of Candelaria, the patron saint of the Canary Islands.

Afterward, we will descend under the square to find the remains of the San Cristóbal Castle. We will travel back to the 16th century to discover how Tenerife defended itself from the plundering of pirates and other invaders.

We will stroll through the streets until we reach the church of San Francisco de Asís, the second most important parish in the city. After admiring its facade, we will head to the Plaza Príncipe de Asturias square. There, you will discover the Museum of Fine Arts and the Círculo de Amistad XII, two iconic buildings.

We will continue walking towards the church of the Conception, one of the oldest Catholic temples in Tenerife. There, you will learn all about its fascinating history from the expert guide.

The last stop of the free tour in Santa Cruz de Tenerife will be at the Mercado de Nuestra Señora de África (Our Lady of Africa Market). We will bid farewell at this point and you will be free to do all the shopping you want.

The guide (Adrián) showed us the most emblematic places of Santa Cruz and at the same time explained the history of the city in a very entertaining way. Thanks to him, the visit was very pleasant. Opinion translated. Show original.

8.20 / 10 27 reviews
See Tenerife's most iconic monuments and landmarks and delve into its history in one exciting day on this complete bus tour of the island.
US$ 42.10
Book
like

9.40 / 10 25 reviews
Immerse yourself in nature and discover incredible subtropical plants at the Palmetum botanical garden in Santa Cruz de Tenerife.
US$ 3.50
Book
like

No rating yet
Discover the winemaking culture of Tenerife with a winery tour and tasting, and explore the picturesque towns of La Orotava and Puerto de la Cruz.
US$ 70.30
Book