Discover the expedition to the new world led by Ferdinand Magellan and Juan Sebastian Elcano. On this tour, you'll learn about the history of Spain and Seville and their naval tradition. Let us visit together the most significant sites of this amazing city. 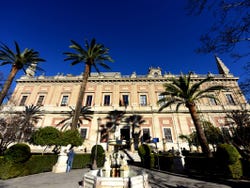 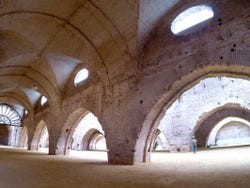 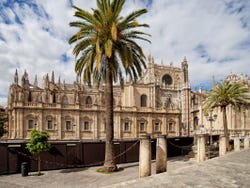 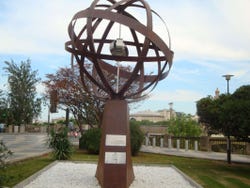 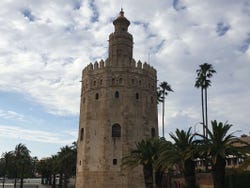 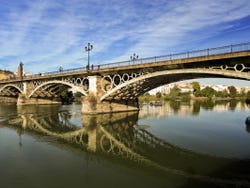 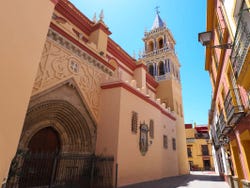 We will meet up at the Plaza del Triunfo in Seville at 11 am and start our guided tour. Are you ready to go back in time all the way to the 16th century? Let's learn all the secrets and details about the Magellan-Elcano circumnavigation.

Our first stop will be the Alcazar and Seville Cathedral, both must-see spots to fully understand the history of the city. Before setting course for the unknown, Magellan and Elcano, along with their crew, all prayed in the cathedral for safe travels on their expedition.

Then we'll walk around the area and reach the General Archive of the Indies. Did you know that this building used to house the merchant guild of Seville? This structure and its contents were also registered in 1987 by UNESCO as a World Heritage Site. We'll then walk the Seville Shipyards and learn how the ships for this famous expedition were made as well.

We'll next admire the Torre de la Plata and the Torre del Oro ("Tower of Silver" and "Tower of Gold" respectively), incidentally the latter used to serve as the headquarters of the House of Trade in the Indies. Also, we'll visit the Puerto de las Muelas, the port from which Magellan and Elcano sailed into the unknown.

Next, we'll cross the Triana Bridge to get to our following destination: the Triana market. The location of this market used to be the seat of the ruthless Spanish Inquisition for many centuries.

Our last stop on this tour will be St. Anne's Church, also known as the Triana Cathedral, whose Virgin Mary statute shares the same name as the only vessel to return from the voyage: the Victoria.

After that, at 12.30 pm we'll take you to the Muelles de las Mulas, the departing point from which Magellan and Elcano set sail, ending our tour.

View complete description
US$ 17.90
Free cancellation up to 24 hours before the service starts
Book

9.30 / 10 64 reviews
Explore the beautiful Guadalquivir river in a fun way when you rent a kayak. Don't miss this opportunity to enjoy Seville from a unique perspective!
US$ 17.90
Book
like

9.30 / 10 101 reviews
Doña Ana, daughter of the princess of Éboli, was captivated by the landscapes which today bear her name: Doñana. On this day trip, you'll be left in no doubt as to why.
US$ 94.20
Book
like Free

9.60 / 10 7,020 reviews
Discover the secrets hidden around the Andalusian capital's historic centre on this free walking tour of Seville.
Free!
Book