Discover Dubrovnik, Korčula, Hvar and other jewels in Croatia with this Adriatic Cruise lasting 8 days from Split. An unforgettable experience along the Dalmatian coast! 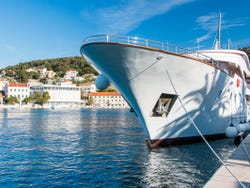 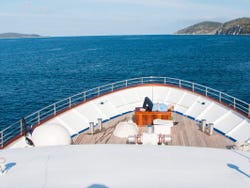 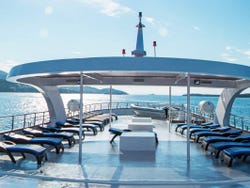 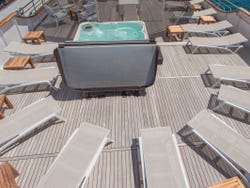 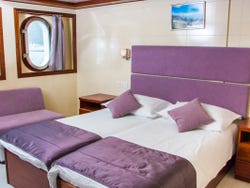 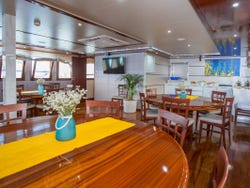 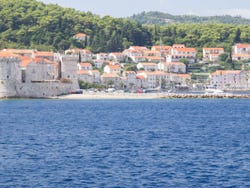 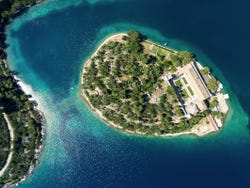 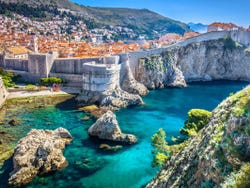 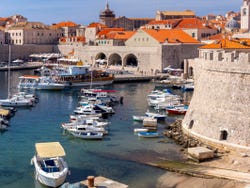 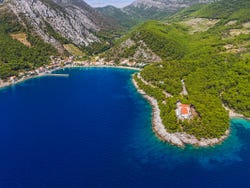 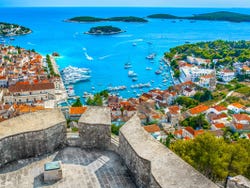 Welcome to Split! We'll be passing through security control at Obala Lazareti dock at 2 pm. Once the formalities are completed, we'll enjoy a walking tour of Split's historical centre. During the tour of the UNESCO World Heritage city, we'll pass by Diocletian's Palace, St. Duje's Cathedral and other iconic monuments.

After the tour, we'll board the cruise ship for a cocktail and a welcome dinner! Afterwards, you can rest comfortably in your cabin.

While we're having breakfast on board we'll head south from Split to Korčula, Marco Polo's home island and stop at the bay for a swim. After lunch at a local restaurant, we'll go on a walking tour of Korčula, the island's capital. As we wander through its narrow streets we'll learn about the history of Marco Polo, one of the most prestigious merchants and travellers of the 13th century.

Then we'll return to the ship to rest on board.

From Korčula we'll sail to the south of the Mljet Islands National Park. Here, we'll get on a dinghy to the St. Mary islet, where we'll visit an old monastery from the 12th century. Then we'll return to the cruise to have lunch on board.

In the late afternoon, we'll arrive in Dubrovnik and watch the sunset over its walls while enjoying a delicious buffet dinner in the ship's restaurant.

After breakfast on the boat, we'll go on a guided walking tour of downtown Dubrovnik. If you're a Game of Thrones fan, the walls will look familiar to you. The tour will continue by climbing the cable car to the Srđ mountain. We'll enjoy the best views of the city and the Elaphite Islands!

Once you've taken your photos, we'll get on the cable car back to the centre of Dubrovnik. You'll have the rest of the day free to explore the Ragusa old town at your leisure. In the evening, you must return to the boat.

We'll set sail from Dubrovnik in a westerly direction. After lunch on board, we'll make a short stop in front of the Elaphite Islands for a swim. Then the journey will continue towards the Pelješac peninsula. In this paradisiacal area of the Dalmatian coast, we'll get the chance to sample a Croatian dinner. At the end of this unforgettable evening, we'll return to the boat to rest.

We'll depart the Pelješac peninsula to sail west. Our first stop will be on the small island of Šćedro, where we'll enjoy a Croatian lunch with beautiful views of the sea. The tour will then continue towards the Pakleni Islands, where we'll stop at this paradise archipelago to snorkel and take a refreshing dip.

In the afternoon we'll dock in Hvar, the capital of the island of the same name. Here there will be a guided walking tour through the historical centre and visit symbolic monuments such as St. Stephen's Cathedral. To conclude the tour, we'll go up to the Tvrđava Fortica fort.

You'll have the rest of the day free to explore Hvar on your own. In the evening you'll have to return to the ship to rest in your cabin.

We'll depart Hvar to the nearby island of Brač and dock in Bol, a beautiful fishing village where we'll see the  Zlatni rat or Golden Horn, a small paradise of turquoise waters. We'll have lunch on the boat and then you'll have free time on board until late afternoon. Later in the evening, we'll enjoy the captain's dinner, a farewell evening with many surprises.

After breakfast on the boat, we'll leave the Bol pier behind and head north. We'll anchor in Split harbour at 9 am. Once ashore, we'll take you to the airport or to your hotel, as you prefer.

In addition to the 7 nights of accommodation on board, the cruise includes a buffet breakfast on each of the 8 days of the cruise. You'll also enjoy 5 lunches and 4 dinners. All menus will include three courses and one drink. Throughout your stay on board, you'll have tea or coffee at your disposal and there will be tastings of olive oil, wine and fresh fruit on certain days during the voyage. The rest of the drinks and meals will be at your own expense.

Timetable, pick up and meeting points

The cruise includes pick up at the airport or at your hotel in Split city centre and transfer back. When making your reservation you should tell us if you want us to pick you up at the terminal, at your accommodation or if you prefer to go on your own to Split port. In this case, you should go to the following address: Obala Lazareti, 3.

If you don't have as many days available you can choose the Adriatic Cruise: 3 Days from Split.

Airport or hotel pick up and drop off.

Walking tour of Split, Korčula, Dubrovnik and Hvar with an English speaking guide.

Tansfers between Dubrovnik harbour and the city centre.

Ticket for the cable car in Srđ, Dubrovnik.

Entry to the Mljet National Park.

5 lunch meals and 4 evening meals (all menus include 3 courses and a drink).

Tea, coffee, olive oil, wine and fresh fruit on board.

Additional drinks on board.

8.70 / 10 3 reviews
Discover a tropical paradise in the heart of the Dalmatian Coast. Visit the beautiful Blue Lagoon and historic Trogir on this boat trip from Split.
US$ 70
Book
like New

New
This kayak tour of Split is the best way to combine sport and tourism in one of the most beautiful cities on the Dalmatian Coast. Ready for adventure?
US$ 46.20
Book
like

10 / 10 5 reviews
Put the perfect finishing touch on your day: enjoy a sunset cruise around Split. Enjoy a drink on deck as you watch the last rays of sun illuminate the city.
US$ 47.40
Book