Ancient Roman remains, basilicas with elaborate frescoes and mosaics, charming ports... All that and much more awaits you on this trip to Grado and Aquileia.

Check out all the activities in Trieste

Ancient Roman remains, basilicas with elaborate frescoes and mosaics, charming ports... All that and much more awaits you on this trip to Grado and Aquileia. 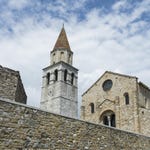 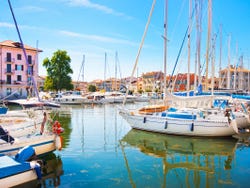 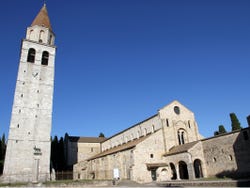 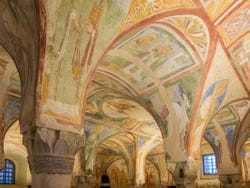 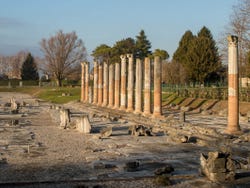 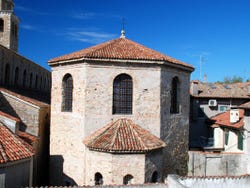 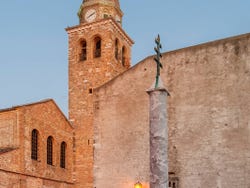 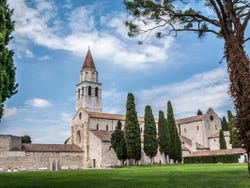 We'll meet at 9 am at the Riva Tre Novembre in Trieste and set off on a one-hour bus journey to Aquileia.

When we arrive we'll go on a tour of the main tourist attractions in Aquileia with an audio guide. We'll start by visiting the Roman Forum, the ancient river port and the Via Sacra.

Our next stop will be at the Cathedral, Basilica di Santa Maria Assunta a World Heritage Site. Inside we'll marvel at magnificent mosaics that are over 1000 years old! We'll also visit its crypts to admire the spectacular frescoes.

Nearby is the Cemetery of Heroes, a cemetery for the soldiers who fell in the First World War. At the end of the tour of Aquileia, you'll have some free time to get some lunch.

After lunch, we'll set off for Grado, where you'll have two hours of free time. You can visit the Basilica of Sant'Eufemia or the ancient Roman settlements. You can also head to the Nazario Sauro promenade for breathtaking views of Trieste and the Istrian peninsula.

The tour will end at 5:30 pm back at the starting point.

Entry to crypts in Aquileia Cathedral.

Map of Grado and Aquileia.

Check out all the activities in Trieste

No rating yet
Visit the city of artists and music with this Piran & Slovenian Coast Tour. Travel along the beautiful coastline from Trieste with an English speaking guide.
US$ 81
Book
like

8 / 10 1 review
Do you want to get to explore Trieste from the comfort of a tour bus? Tour its main streets and admire its monuments as you listen to an informative audio guide
US$ 12.70
Book
like

New
Discover the cuisine around three fascinating Croatian towns with the Trieste Food Tour. You'll be amazed by their delicious flavours!
US$ 109.90
Book