Delve into the Soviet past of Vilnius on this walking tour which will explain to you all about what life in Lithuania was like during the Second World War and the Cold War. 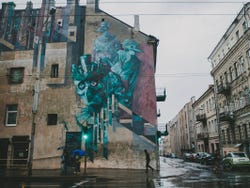 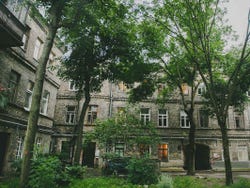 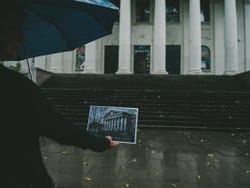 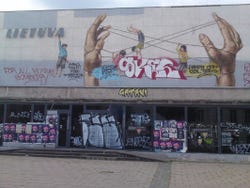 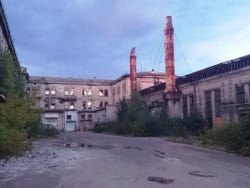 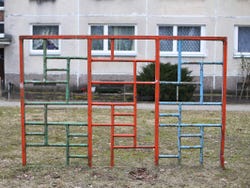 After meeting at the City Hall in Vilnius at 2 pm, you'll start this fascinating walking tour during which you'll find out all the details about the 50 years of Soviet rule in Lithuania.

First, you'll explore the Jewish Quarter. As you explore, your guide will tell you about Stalin's brutal crimes, the families that were forced to be separated and the fight that Lithuanians had against the Soviet Union.

Next, you'll enter a local market and, after a small food tasting, you'll head to the industrial area of the city and here - off the beaten path - you'll be able to contemplate the Soviet houses that are still standing as you find out more about life during this period of history.

You'll then make a stop to replenish your energy at a Soviet-inspired restaurant. Here, you'll be able to enjoy Lithuanian soup, a pastry filled with meat and onion and a beer. After, you'll board a public bus (ticket not included) and head to Wedding Palace, a Soviet church where you'll find out about what weddings were like all those years ago. From here, you'll head to the Vilnius Television Tower and the only pub where citizens were able to talk freely.

From there, you'll walk to the old KGB quarters, the headquarters of the USSR secret police. It is here where the Soviet walking tour will come to an end at 5 pm.

The minimum age to take part in this activity is 6 years old.

Food tasting in a local market.

Snack at a restaurant including traditional soup and a pastry.

Small group with no more than 12 people.

No rating yet
Discover beautiful Christmas lights, magnificent trees, and stalls selling festive products when you take this fantastic Vilnius Christmas markets tour
US$ 54.80
Book
like

No rating yet
Discover the charm of the Lithuanian capital as you pedal around the city. This bike tour of Vilnius is the perfect way to explore its hidden gems.
US$ 22.30
Book
like

No rating yet
Did you know that within Vilnius there is a self-declared independent republic? Discover the neighbourhood's bohemian spirit on this walking tour of Uzupis.
US$ 42.50
Book