Dating back to 914, Warwick Castle has stood on the banks of the River Avon for the last 1100 years. These days it's a fantastic family day out, don't miss your chance to explore it!

Check out all the activities in Warwick

Dating back to 914, Warwick Castle has stood on the banks of the River Avon for the last 1100 years. These days it's a fantastic family day out, don't miss your chance to explore it! 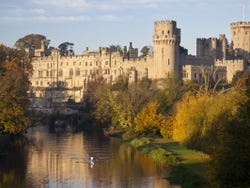 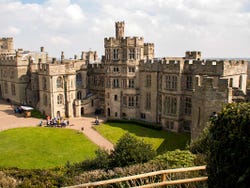 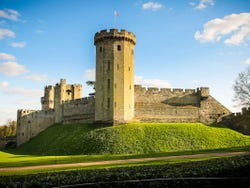 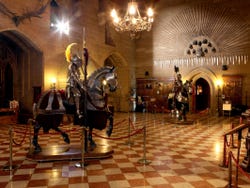 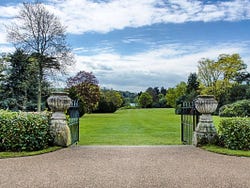 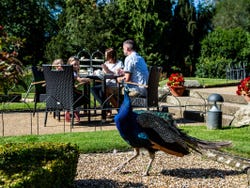 Warwick Castle is one of the oldest, most impressive Medieval fortresses in the United Kingdom. Built in 914, it was attacked in 1264, besieged in 1642 and damaged by fire in 1871, yet despite these historic events, it remains one of the most well-preserved castles in the country.

The history of the castle is varied; it was first used as a military stronghold in the Hundred Years War, until the early 17th century when it was granted to Sir Fulke Greville who used it as a country house. Then it was later owned by the Earls of Warwick until 1978. Since then it has been open to the public.

These days it is a popular attraction for both tourists and locals alike, and it's the perfect place to spend a day with the family whilst also learning about the country's history. When you visit the castle, you'll be able to admire the beautifully landscaped Capability Brown gardens, the medieval vaults and you'll be able to snoop around what was the private residence of the Earl, finding out about his life and that of his family and their servants.

If you're feeling energetic, you can even climb to the top of the towers and ramparts, from where you'll see breathtaking views of the English countryside. Not only that, but you can witness the impressive jousting tournament (summer only), see the magnificent birds of prey, and watch the world’s largest trebuchet launching a fireball! There's something for the whole family here!

Warwick Castle opens every day of the year, apart from 25th December, from 10 am to 4 pm Monday to Friday and from 10 am to 5 pm on Saturdays and Sundays. The last admission to the castle is one hour before it closes.

On the day of your visit, we recommend checking the official Warwick Castle webpage for up-to-date information about opening times and events.

Entrance to the Castle Dungeon is not included with this ticket.

Check out all the activities in Warwick

10 / 10 2 reviews
Follow in the footsteps of Jane Austen with this Stoneleigh Abbey Ticket. Explore the gardens, admire the beauty and transport yourself to 18th century Britain.
US$ 9.50
Book
like

No rating yet
Save money during your stay in Warwick with this Shakespeare's England Explorer Pass. Explore famous monuments and attractions important to the playwright.
US$ 52.80
Book
like

No rating yet
Step into one of England's best preserved medieval courtyards with this Lord Leycester Hospital Ticket. You'll visit the Chapel, the Great Hall and its gardens.
US$ 11.50
Book