Explore Canada's most spectacular landscapes with this Arctic Circle Package lasting 8 Days. Whitehorse, Dawson City, Eagle Plains and Inuvik are waiting for you - an experience you won't forget! 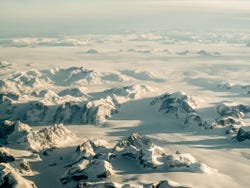 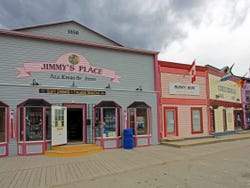 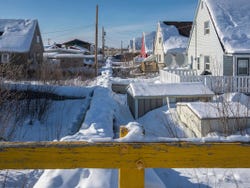 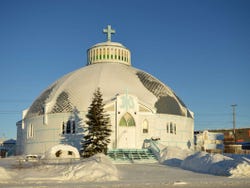 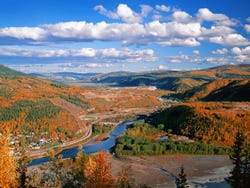 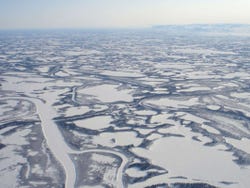 When you land at Whitehorse airport, we'll be waiting for you to start a fantastic 8-day tour of the Canadian Arctic. First of all, we'll take a panoramic tour to get to know the city passing outstanding places in Whitehorse, such as the SS Klondike, Old Long Church or the skyscrapers made of logs.

After this tour, we will take you to the hotel and you'll have the rest of the day free.

Our route through the Arctic begins! We'll take the road north and, during a journey of approximately 6 hours, enjoy the beautiful scenery of the Yukon River Valley. We'll make a stop to stretch our legs and have a drink at the Braeburn Lodge cafeteria, famous for its delicious cinnamon sweets.

We'll continue the journey passing small villages and native settlements such as Pelly Crossing, Stewart Crossing or Carmacks, to see fantastic views of the Five Finger Rapids. Before arriving in Dawson City, we'll stop at Tintina Trench to take in the vast Yukon Valley and the Northern Rocky Mountains of British Columbia.

On arrival in Dawson City, where you'll have free time to relax at the hotel and have dinner. To finish the day, we'll take you to the famous Diamond Tooth Gambling Casino, where you can enjoy a cancan show.

After picking you up at your hotel in Dawson City, we'll begin a guided tour of this Yukon County location. We'll visit Jack London's and Robert Service's cabins. Who were they? How did the gold rush go on in this town? We'll find out!

We'll also walk by the Bonanza and El Dorado streams, to discover a gold mine and the huge machine used to search for it. Will you manage to find this precious metal?

After this guided route, you'll have the rest of the afternoon free to explore the town at your leisure.

We'll leave Dawson City and continue our journey through the Arctic, passing through sites such as the Tombstone Territorial Park and the Ogilvie Mountains. Furthermore, if we're lucky, during the trip we'll be able to see the fauna that inhabits the area, among which foxes, wolves or moose stand out.

Halfway through the trip, we'll stop at a campsite to rest and you'll be able to eat on your own while enjoying the spectacular views of the forest. Finally, we'll arrive at the hotel in Eagle Plains to spend the night.

We'll leave very early from Eagle Plains and make the first stop at one of the circuit's highlights: the Arctic Circle crossing. There we'll enjoy a glass of champagne to toast this special moment and continue the journey across the Richardson, Mackenzie and Peel rivers.

The next stop of the day will be in the aboriginal community of Fort McPherson, a place that will surprise you with its traditions. Finally, we'll arrive in Inuvik, to take a walk to learn about its history and end the day resting in the hotel.

We'll pick you up at your hotel and travel along the Mackenzie River ice road to the Arctic coast. Our destination? The small village of Tuktoyaktuk, also known simply as Tuk.

We'll see the ice mountains called pingos and take a guided tour of this village located in the heart of the Canadian Arctic. Finally, we'll spend the night in a hotel in Tuktoyaktuk.

On the seventh day, we'll travel back to Inuvik, where you'll have the afternoon free to explore your surroundings.

We'll pick you up from the hotel and take you to Inuvik airport to catch the plane back to Whitehorse.

Depending on the date you take the tour, the tour will start in Inuvik instead of Whitehorse. In that case, we'll meet at Whitehorse airport and take a flight to Inuvik to start exploring the Canadian Arctic.

This circuit includes 7 nights of accommodation in the following 3-star hotels:

The activity takes place with a guide that speaks in spanish, although it may occasionally be done in two languages.

Pick up from Whitehorse airport.

Flight from Inuvik to Whitehorse or vice versa (depending on the season).

All activities and tours with entrance fees included.

No rating yet
Live an unforgettable experience in Whitehorse! You'll learn to fish over ice with a Canadian guide.
US$ 170
Book
like

9 / 10 2 reviews
Discover the northern lights with this tour from Whitehorse. You'll never forget seeing this natural wonder!
US$ 110.20
Book
like

No rating yet
Enjoy sightings of wild animals in the Yukon Reserve and a bath in the Takhini hot springs It's an unforgettable experience!
US$ 127.30
Book