Delve into the past and discover Ancient Greece on a 4-day trip to Epidaurus, Mycenae, Olympia, Delphi and Meteora accompanied by an English-speaking guide. On the tour, you will also stop at other important sites. 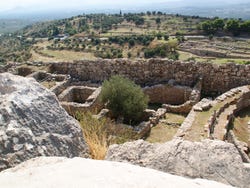 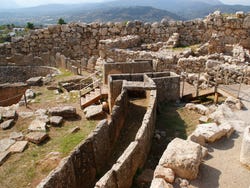 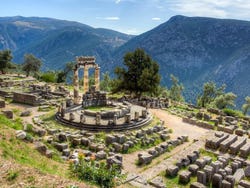 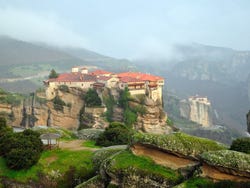 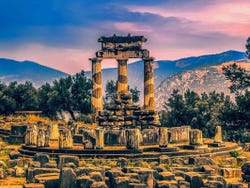 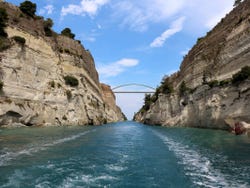 After collecting you from your hotel, you will head west on a comfortable coach until you reach the Corinth Canal, one of the most impressive man-made canals in the world.

Afterwards, continue the journey southwards to Epidaurus. Here, visit its Ancient Theatre, which is beautifully preserved and has surprising acoustics.

Hop back on the bus and stop briefly at Nafplio, a charming seaport town. Then, continue the tour to Mycenae, one of the oldest centers of Greek civilization and now home to one of the most famous archaeological sites.

In the afternoon, visit Olympia, an ancient Greek town and birthplace of the Olympic Games. You will spend the first night here.

The second day of the tour starts with a visit to the archaeological site of Olympia, which accommodates breath-taking landmarks including the altar where the Olympic Torch is lit and the Stadium, where the first Olympic Games took place. Throughout the visit, your guide will reveal interesting information about it.

Leave Olympia behind and set off to Antirio, passing by Patras. Your bus will take the coastal highway to Delphi, once considered the center of the world.

After breakfast, explore the archaeological remains of Delphi and discover one of the most important sites in Europe. Next, visit the Archaeological Museum of the city, home to countless items discovered in the excavations.

After spending a fun-filled day at Delphi, you will head to Kalambaka, a scenic village located at the feet of enormous sandstone rock formations which are crowned with the monasteries of Meteora. You will spend the third night here.

On the last day, you will be driven to the mysterious mountain tops of Meteora bright and early to visit the stunning eleventh century-built cloisters which hang off its cliffs: Aghios Stefanos, Varlaam and Rusanu.

During the return ride to Athens, you will stop at Thermopylae to admire the Statue of King Leonidas.

You will arrive in Athens between 6:30 and 7 pm, depending on the traffic.

The prices shown here are valid for accommodations with double or triple rooms. Guests who prefer a single room will have to pay a supplement of €108 for luxury hotel accommodation and €84 for a standard hotel.

You will stay in the following hotels or similar, depending on availability:

In the event that it is not possible for us to collect you from your hotel, you will be sent an email with the meeting point information.

From the 1st of April 2020, the price of museum entry is not included in the price for children from outside the E.U. between 4 and 12 years old. This price is 50% of the full adult price (i.e. €6 each for the Delphi site, Epidaurus Theater, Mycenae site, and Olympia site to be paid at the start of the tour.

Children from the E.U. and children under 4 of all nationalities do not have to pay. Children should have a form of identification with them at all times to accredit their age and nationality.

The Meteora Monasteries are subject to a flat fee of €6, for all guests regardless of age.

All entrances to the landmarks you visit.

Tickets for children from 5 to 12 years old who are non EU residents (30 EUR per person).

from
US$ 584.80
No hidden fees or surcharges
Free cancellation up to 15 days before
Book

9.70 / 10 109 reviews
Live and breathe the five thousand year history of Athens, the foundation of European culture itself, in search of the traces of Plato, Archimedes and Zeus
Free!
Book
like

10 / 10 3 reviews
Explore Athens on an electric bike! With this guided tour in English, you'll discover all the major sights in the city.
US$ 70.40
Book
like

8 / 10 6 reviews
Enjoy a unique afternoon by booking a half-day trip to Cape Sounion, home to the majestic Temple of Poseidon, surrounded practically entirely by the sea.
US$ 48.70
Book