Visit one of the most important sites in Cordoba with this Torreparedones Archaeological Park Tour. Roman sculptures, a medieval castle, ancient tombs and much more await you - a true journey into the past! 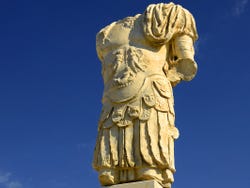 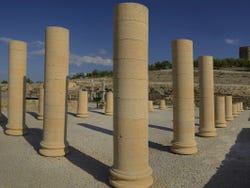 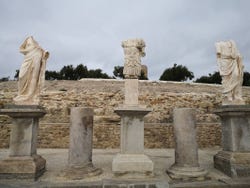 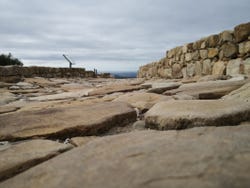 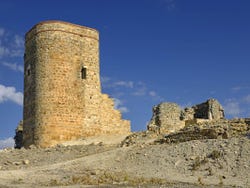 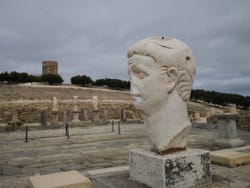 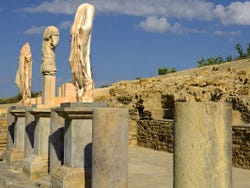 At 10 am we'll meet at the entrance to the Torreparedones Archaeological Park, located on the outskirts of Baena. Accompanied by the guide we'll enter this important site to discover the traces of the people who inhabited these lands thousands of years ago.

During the visit, we'll discover the different stages this territory went through, from the Copper Age to the Middle Ages. Did you know that during the Old Roman Empire this population reached its maximum splendour? We'll see the Roman road, the remains of the walls and numerous sculptures.

Forum, baths, market, necropolis... We'll reveal curiosities about the different buildings on this site and what function they served. We'll also see the remains of the medieval castle of King Alfonso X and a hermitage from the 16th century. You won't stop taking pictures!

After visiting the most important corners of the Torreparedones site, the guided tour will end at 12:30 pm.

At monuments, museums and attractions, the maximum permitted capacity will be a 15% of the total maximum capacity.

Entrance to the archaeological site of Torreparedones.

US$ 14.20
Free cancellation up to 24 hours before the service starts
Book

The visit was very interesting and the Guide was a very friendly person and with great facility to transmit knowledge about the site ... To repeat Opinion translated. Show original.

10 / 10 1 review
Become an expert in olive growing and the production of olive oil at Baena's fascinating museum. Delve into this Mediterranean tradition!
US$ 14.20
Book
like

10 / 10 3 reviews
Explore the streets of Baena and fall in love with this Cordovan jewel. We'll also learn about its history at the Archaeological Museum!
US$ 14.20
Book