Explore the old quarter and the best beaches of Cascais, see the 'end of the world' in Cabo da Roca and discover the legend of Boca do Inferno on this wonderful tour.

Explore the old quarter and the best beaches of Cascais, see the 'end of the world' in Cabo da Roca and discover the legend of Boca do Inferno on this wonderful tour. 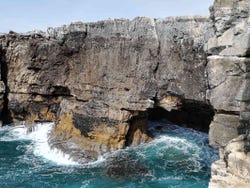 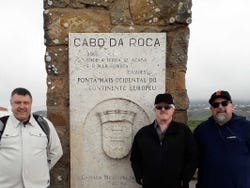 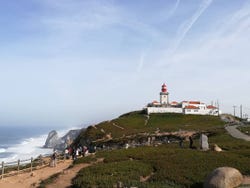 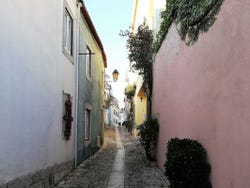 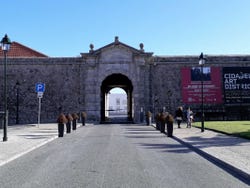 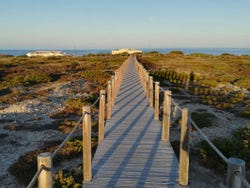 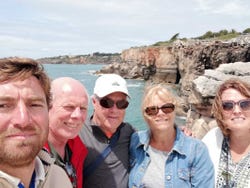 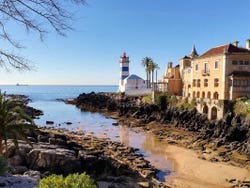 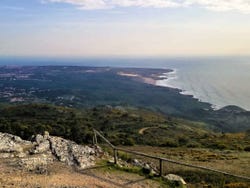 A destination for artists, kings and aristocrats since the end of the 19th century, Cascais surprises visitors with its palaces, beaches and postcard-perfect scenery. Our tour will start at the train station in Cascais at 10 am, where we'll climb onboard a minibus and head to our first stop: the Santuario da Peninha.

This monument is made up of a small 18th-century chapel and a palace from the early 20th century. Not only that, but it stands on a hill which offers outstanding views of the coast and the Sintra-Cascais Natural Park.

After stopping here, we'll hit the road again and head to the famous Cabo da Roca, a group of cliffs some 459 feet (140 metres) above the ocean. This is the most western point in mainland Europe and for years it was considered to be the end of the world! Here, you'll have time to take photos by the lighthouse, the third oldest in Portugal, before we head back towards Cascais via the Cresmina Dune, where we'll stop for a coffee and a photo opportunity.

We'll then return to the bus, and as we travel we'll be able to admire the fantastic views of the Praia do Guincho beach, which is very popular with surfers. The penultimate stop will be at Boca do Inferno, just 5 minutes from the centre of Cascais. Literally translated, its name means 'the mouth of hell', and locals are convinced that in this cave steeped into the cliffs, you can hear the sound of the true underworld.

After this legendary experience, we'll get back on the minibus and make our way to the historical centre of Cascais. We'll tour the town for about an hour, seeing the beautiful streets and buildings that characterise this popular Lisbon coastal town.

Now that you've seen some of the most incredible sights in this region of Portugal, we'll finish the tour at the train station at around 3 pm.

Transport to and from the train station in Cascais.

Entrance to the Santuario da Peninha.

US$ 58.60
Free cancellation up to 24 hours before the service starts
Book

9.20 / 10 97 reviews
This free walking tour of Cascais is the best way to explore this beautiful coastal town where the Portuguese royal family holidayed in the 19th century.
Free!
Book
like

10 / 10 1 review
Discover the impressive park along the Portuguese Riviera with this the Sintra and Natural Park Jeep Tour. Explore the historical and scenic spots in the area.
US$ 43.30
Book
like

10 / 10 1 review
Do you love being out in the countryside? Escape the city with this trekking experience in the Sintra-Cascais Natural Park, just one hour from Lisbon.
US$ 46.80
Book