Travel to the medieval and Roman past with this Civitavecchia Private Tour. You'll have an English speaking guide exclusively for you and your partner, family or friends. 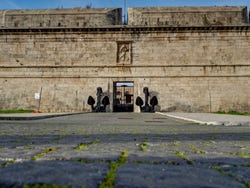 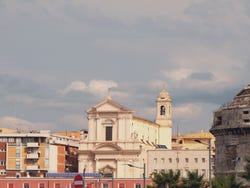 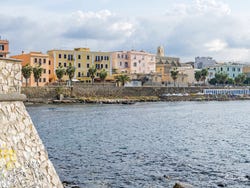 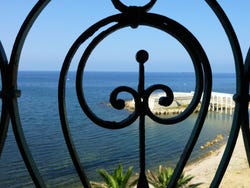 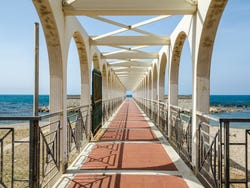 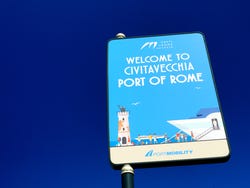 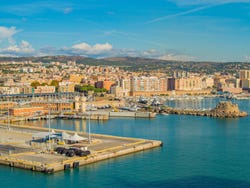 At the time you choose, we'll meet at the Largo della Pace to start a private tour of Civitavecchia that will take us through the history and main monuments of the city. Are you ready?

We'll walk around the quay area and go into the medieval centre of this Italian city to review its origins. We'll go back to the times of the Ancient Roman Empire and discover how Civitavecchia became the most important port to access Rome.

On arrival at Piazza Leandra, we'll reveal the story of a brave sailor from Civitavecchia who has become a true legend. An invasion in 828 A.D. and a reconquest mark this episode. In this square, we'll also see a medieval fountain and the Church of the Star, one of the oldest temples in the city.

We'll admire the exteriors of the cathedral of San Francisco and then approach the fort of Michelangelo, which dates from the 16th century. Built on the orders of Pope Julius II, the aim of this building was to prevent the continuous sacking by pirates that threatened the port of Civitavecchia. Today, it's one of the most important fortresses in the region of Lazio.

After two hours, we'll finish the route arriving again at the starting point.

Private and exclusive tour, no other people in the group.

8.80 / 10 244 reviews
The best way to discover the Eternal City at your own pace is to take an air-conditioned coach from Civitavecchia Port. Take the worry out of traveling.
US$ 36.20
Book
like

Day Trip to Rome from the Civitavecchia Port

8.70 / 10 1,281 reviews
Take a day trip to Rome from Civitavecchia Port and explore the Eternal City with an English-speaking guide: cheaper than the tours offered by the cruise lines.
US$ 46.20
Book
like

9.80 / 10 63 reviews
Our Rome Private Tour from Civitavecchia is perfect if you want to visit the Italian city comfortably and exclusively with just your family and friends.
US$ 498.50 per group
Book