Discover the spectacular scenery of Scotland on board the iconic Jacobite Train, a historic steam locomotive that inspired the famous Hogwarts Express in the Harry Potter series.

Check out all the activities in Edinburgh

Discover the spectacular scenery of Scotland on board the iconic Jacobite Train, a historic steam locomotive that inspired the famous Hogwarts Express in the Harry Potter series. 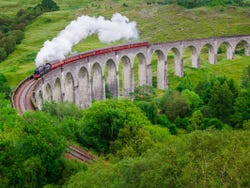 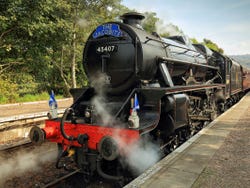 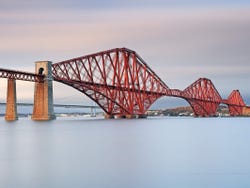 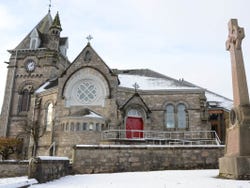 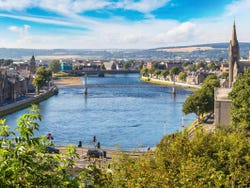 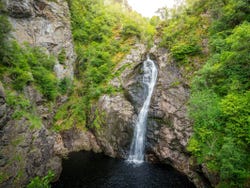 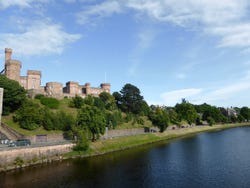 The platform is awash with suitcases. But this isn't just any train station. Owls, enchanted books that move of their own accord, wands and tunics are packed into the luggage. The journey to the world's most famous school of witchcraft and wizardry requires preparation. A young man with a strange scar on his forehead nervously awaits the Hogwarts Express, accompanied by a friendly red-headed family... What a shame that the magical world of Harry Potter only exists in our imaginations! Even so, muggles - non-magic folk - now have the opportunity to explore this fantastic universe on a bus tour of Scotland, including a trip on the very same steam train featured in the famous films. All aboard!

Having met in the heart of Edinburgh on the Royal Mile at 9 am on the day of your tour, you'll begin your exciting tour of Scotland, setting off towards South Queensferry by bus. Admire the contrast of the picturesque village with the enormous cast-iron Forth Bridges. On the other side of the Firth of Forth, you'll continue on your way to the adorable Victorian village of Pitlochry. After enjoying the bucolic countryside surrounding the town, you'll make your way on to the capital of the Highlands: the historic city of Inverness.

You'll have free time in Inverness to have lunch (not included) and to explore the ancient monuments of the city, whose name means Mouth of the River Ness. In the afternoon, you'll continue your tour deep into the Scottish Highlands, where you'll visit the natural wonder of the Falls of Foyers. For the finishing touch on your day full of the beauty of urban and rural Scotland, you'll stop at Fort Augustus, a settlement on the south west bank of Loch Ness. Don't let the legend of the infamous monster stop you from sleeping, you'll need your rest for the magic of the next day of your tour...

After spending the night in Fort Augustus, you'll be taken to the nearby Fort William. At the railway station located in this historic town, a very special steam train will be waiting for you. The Jacobite Train is best known for its starring role in the Harry Potter films as the iconic Hogwarts Express.

The Jacobite will take you on a journey on the West Highland Railway, offering you spectacular views over the countryside scenery enjoyed by Harry, Hermione and Ron on their journey to Hogwarts. Unfortunately, it is not permitted to cast spells while on board; however, you will travel alongside Loch Eil and cross over the Glenfinnan Viaduct, an instantly recognisable scene from the magical movies.

You'll stop at the railway terminus in Mallaig, a coastal village where you'll have free time to try some typical local dishes (not included). After eating, you'll hop back onto the return train to Fort William and relax while enjoying the views of the rolling Scottish hills that you may have missed on the way.

At Fort William, you'll board the bus for your journey back to Edinburgh, arriving back in the Scottish capital late at night.

This tour includes a one-night stay in Fort Augustus. When making your reservation, you can choose between the following accommodation options:

A one night stay in Fort Augustus includes breakfast. Otherwise, meals (lunches or dinners) are not included on this tour.

Each person may bring a single piece of luggage weighing no more than 33 lbs (15 kg) and no bigger than the following dimensions: 21.7 x 15.7 x 7.9 inches (55 x 40 x 20 cm). Both Edinburgh and Inverness train stations have luggage storage facilities.

The itinerary of this tour is subject to modification in the case of unfavourable weather conditions or other unforeseen events.

Check out all the activities in Edinburgh

9.30 / 10 369 reviews
Our free tour is the best way to get to know the Edinburgh old town. We'll get to know Grassmarket, the famous Royal Mile or the imposing Edinburgh Castle.
Free!
Book
like

9.30 / 10 105 reviews
Take in the stunning landscapes of the Scottish Highlands, the Glencoe Valley and the mysterious Loch Ness, with murky secrets lurking in the deep...
£ 50
Book
like

Edinburgh Hop On Hop Off Bus

8.90 / 10 134 reviews
The tourist bus is the ideal option to explore Edinburgh. With two floors, an open roof, audio commentary in English and 24 hop on hop off stops.
£ 16
Book