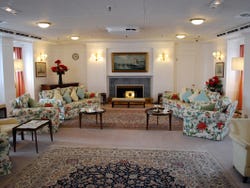 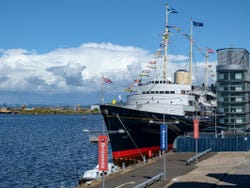 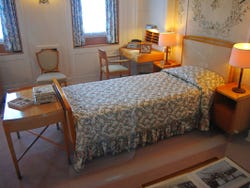 What to expect on the Royal Yacht Britannia?

To enter the Royal Yacht Britannia, which docked in Edinburgh's port and was turned into a floating museum in 1997 by the order of Queen Elizabeth II, is a unique experience in which you'll get to know all of the secrets hidden in one of the most historic boats in the United Kingdom.

This yacht, which was the maritime home of the British Royal Family over almost half a century, and is considered one of the symbols of the crown, made its first voyage in 1953, travelling to tens of countries and accumulating over 1 million miles sailed, until 1997 when it became one of the most visited tourist attractions in the country.

Inside you can see the different cabins and halls which served to receive many state visits, such as the American president Ronald Raegan, Nelson Mandella and Winston Churchill; as well as the honeymoons of members of the British royal family, including Prince Charles and Lady Diana.

The elegant residence will uncover the realities of the day to day for Queen Elizabeth II, who adored the boat, through original pieces such as furniture, photographs and paintings.

Ticket to the Royal Yacht Britannia.

My husband and I found the yacht very interesting. We were told the self tour would run about 2 hours, we were there for nearly four.

Simple voucher exchange for tickets and a well orchestrated self tour.

9.30 / 10 400 reviews
Our free tour is the best way to get to know the Edinburgh old town. We'll get to know Grassmarket, the famous Royal Mile or the imposing Edinburgh Castle.
Free!
Book
like

9.40 / 10 100 reviews
Take in the stunning landscapes of the Scottish Highlands, the Glencoe Valley and the mysterious Loch Ness, with murky secrets lurking in the deep...
US$ 66.70
Book
like

8.40 / 10 220 reviews
Explore the darkest secrets of Edinburgh and its legendary ghosts on a 1.5-hour free walking tour of the city at nighttime.
Free!
Book