Delve into thousands of years of Spanish history on this guided tour of Huelva's most important places of interest. Explore the curious English-style Queen Victoria district, admire the Cathedral and discover the city's role in the conquering of the Americas. 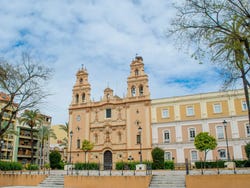 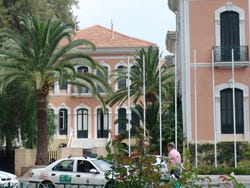 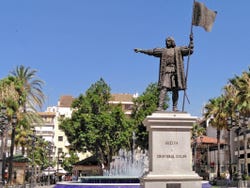 After being picked up from your selected meeting point in El Rompido on the morning of your tour, you'll set off towards Huelva, the capital of the province of the same name, located just 18 miles (30 km) away. Arriving after around a half an hour drive, you'll embark on your panoramic tour of the historic centre's most emblematic places of interest.

Discover the Queen Victoria district, a neighbourhood built at the start of the 20th century for the miners working in the Rio Tinto mines, whose curious English-style buildings are sure to intrigue you. You'll then reach Huelva Cathedral, where you'll head inside to discover its lengthy history on a guided tour. Did you know the cathedral was built on top of the chapel of a former convent? You can still see the old convent building today, which has played many roles since its foundation: from a hospital, to part of the University of Huelva campus today.

Next, you'll make your way to Casa Colón, or "Columbus House", where you'll hear all about Huelva's industrial and colonial past while you admire the elegant pink building, which is currently a congressional palace and the seat of the city's Iberoamerican Film Festival. You'll then have free time to explore the historic centre by yourself: visit the Town Hall, St Peter's Church, the Gran Teatro theatre and the Palacio de las Conchas.

There will also be time for you to visit the historic Tinto docks, formerly used to transport mining material and these days a lively spot for locals to go fishing or stroll along the promenade. At the end of your guided city tour, you'll make the return journey to El Rompido.

When making your reservation, you'll be asked to select your preferred pick up point.

If you prefer, this day trip to Huelva is also available from El Portil, Islantilla, Isla Canela and Punta Umbria.

9.80 / 10 37 reviews
Admire the magnificent marshlands of El Rompido from the comfort of a segway and have fun as you enjoy these spectacular landscapes.
US$ 33.80
Book
like

9 / 10 2 reviews
Seville is one of the jewels in Spain's crown: let yourself be captivated by charms of the Andalusian capital on this guided day trip from El Rompido!
US$ 75
Book
like

No rating yet
Do you want to discover Gibraltar? Explore The Rock, shop in the British stores and admire spectacular views across to Africa on this day trip from El Rompido.
US$ 102.80
Book