Explore a small Cuban town of colonial origin bathed by the Atlantic with this Gibara Guided Tour, a white village that will captivate you from start to finish.

Explore a small Cuban town of colonial origin bathed by the Atlantic with this Gibara Guided Tour, a white village that will captivate you from start to finish. 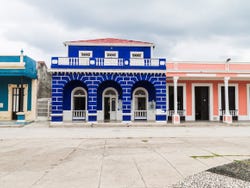 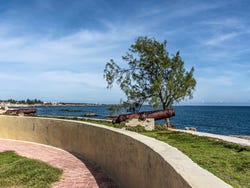 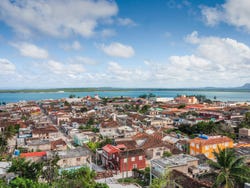 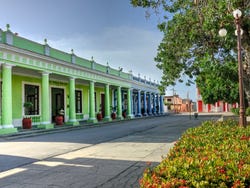 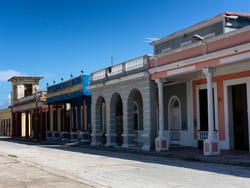 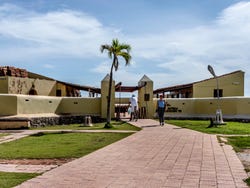 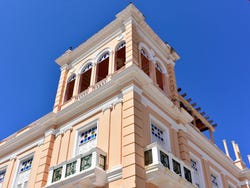 We'll pick you up at your hotel in Holguin at 9 am and set off by road to the coastal town of Gibara, also known as the Villa Blanca.

Our first stop will be the Fernando VII Battery Fort, which was built in the 19th century by Spanish militants to defend the municipality from pirate attacks. While we contemplate this imposing building, we'll also have exceptional views of the Gibara Bay.

We'll continue to the Plaza de Armas, surrounded by buildings from the colonial era and the city's centre. Nearby we'll find the Natural History Museum, where we'll learn about the wine tradition and see different exhibitions related to the world of biology, including the skeletons of a sperm whale and a pilot whale!

Afterwards, we'll walk to the Gibara viewpoint to get a glimpse of the beautiful contrast of its cobbled streets with the Atlantic. Then we'll enter the Panaderos Cave, belonging to the cave system of the Polja del Cementerio. In this cave full of stalactites and stalagmites we'll be able to see the names of the bakers who frequented it. The origin of the visits of this guild is still unknown - it's a real enigma!

On leaving the cave, we'll enjoy a delicious cocktail and a local lunch in which you'll have the option of choosing between seafood, fish, chicken, pork or beef.

Finally, we'll say goodbye to Gibara and take you to your hotel in Holguin, arriving between 3 and 3:30 pm.

The activity takes place with a guide that speaks in English, Spanish and French.

Hotel pick up and transfer back.

Entry to the Natural History Museum.

Entry to the Panaderos Cave.

No rating yet
Join a fascinating tour of Cuba's history as you get to know one of its flagship cities with our Holguin Walking Tour, a real gem.
US$ 20
Book
like

No rating yet
Find out why Columbus was dazzled when he arrived in Cuba with this Bariay National Monument Tour from Holguin. A surprise around every corner!
US$ 40
Book
like