Immerse yourself in the best of British music at the British Music Experience. You'll be surrounded by the original belongings of some of the greatest artists the country has produced, such as Freddy Mercury, Adele, Oasis, The Spice Girls and much much more! 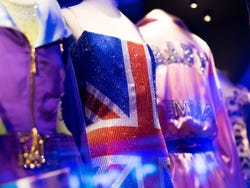 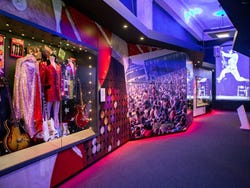 Liverpool is one of the United Kindom's centres of excellence when it comes to Music. The British Music Experience perfectly reflects that in its interactive exhibitions collecting more than seven hundred personal objects from the most influential artists of the 20th and 21st centuries.

Passing through the various halls in the museum, you can see the most striking costumes ever worn by the Spice Girls, a song handwritten by Adele herself, several of Noel Gallagher's favourite guitars, and some of the belongings of famous X Factor winners.

And while you explore the museum your visit will, of course, be soundtracked by hits from British pop and rock with big screens scattered across the British Music Experience museum.

And the bravest among you can demonstrate your creativity in the interactive area by singing, playing an instrument, or dancing. Let your inner artist loose!

The opening times of the British Music Experience depend on the season:

Ticket to the British Museum Experience.

Audioguide in English and 7 other languages including German, Mandarin and Polish

If there are still places available, you can book until the previous day (local time in Liverpool).

US$ 18.50
No hidden fees or surcharges
Free cancellation up to 3 days before
Book

9.60 / 10 989 reviews
Could it be true that Liverpool encapsulates the whole world in a city? Discover it with this free tour of the city which birthed the Beatles!
Free!
Book
like

Beatles to the Blitz Walking Tour

9.20 / 10 26 reviews
See Liverpool through the eyes of its most famous band, exploring the streets and bars where the Beatles first made their name.
US$ 11
Book
like

No rating yet
Enjoy a private guided walking tour of Liverpool just for you and your partner, family or friends reserving this exclusive activity.
US$ 173.80 per group
Book