Explore the city famous for the Beatles with this Liverpool History Tour. You'll walk around the old town's main monuments as we reveal all its secrets - a must-see! 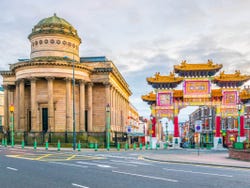 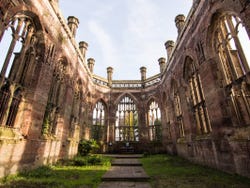 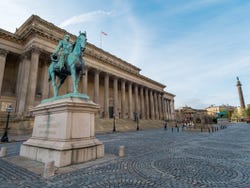 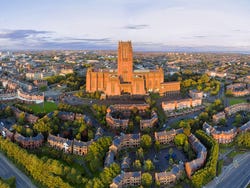 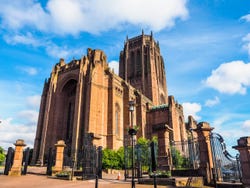 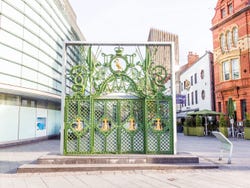 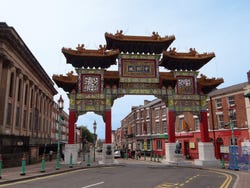 We'll meet at 2:30 pm in front of Sailors' Home Gate and start our guided tour of Liverpool. Are you ready to learn about the evolution of the British city over more than three centuries? You'll be amazed!

We'll start walking through the streets of Liverpool, exploring the history and architecture until we reach the Chinese Arch, the gateway to the oldest Chinatown in Europe.

Near Chinatown, we'll come across the imposing Liverpool Cathedral, a building built in red sandstone that leaves no one indifferent. Is all the controversy surrounding the largest cathedral in the United Kingdom justified? We'll find out as we admire the façade of this 20th century Gothic style temple designed by the architect Giles Gilbert Scott.

We can't leave the historic centre of Liverpool without visiting St Luke's Church, also known as the 'bombed church'. Here we'll tell you about some of the most complex chapters that the city went through during the Second World War and how it managed to recover from the rubble.

Finally, we'll walk through the Cultural Quarter and discover St George's Hall, one of the most outstanding neoclassical buildings in Europe, and the Liverpool Central Library.

The tour will end around the Cultural Quarter at 4:30 pm.

Tours or activities will not consist of more than 5 people per group.

At monuments, museums and attractions, the maximum permitted capacity will be a 70% of the total maximum capacity.

You can book up until the same day (12:30 pm) if there are still places available. Book now to guarantee your spot.

US$ 26.40
Free cancellation up to 4 hours before the service starts
Book

Free! Free cancellation up to 4 hours before the activity starts. If you cancel under this time or do not show up, you will not be refunded.

9.50 / 10 1,019 reviews
If you have just arrived in Liverpool, there is no better way to get to know it than with a free tour of the city that saw the birth of the Beatles.
Free!
Book
like Free

9.60 / 10 10 reviews
Discover the history and hometown of one of the most influential bands in the world with this free tour of the Beatles in Liverpool.
Free!
Book
like

The Beatles Tour of Liverpool

No rating yet
Explore the legendary spots where the Beatles took their first steps, including the famous Cavern club, and immerse yourself in the most famous band in history!
US$ 43.10
Book