With this city tour of Medellin, you'll get to see the main landmarks in this iconic Colombian city, such as Carrera Junin and Plaza Botero.

With this city tour of Medellin, you'll get to see the main landmarks in this iconic Colombian city, such as Carrera Junin and Plaza Botero. 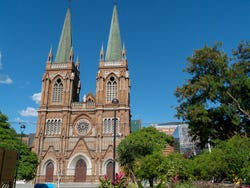 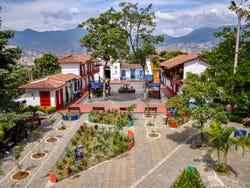 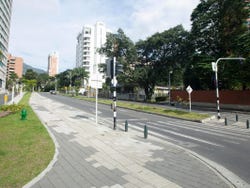 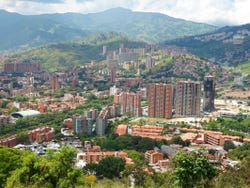 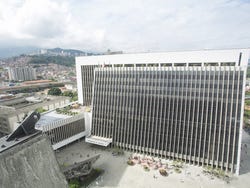 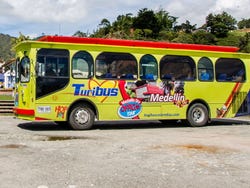 At 2 pm we'll meet at Parque El Poblado park in Medellin and set off on a bus that takes us around some of the most important places in the Colombian city. All aboard!

During the panoramic tour, we will make several stops, of about 45 minutes each, to explore the main places of interest in Medellín. Thanks to the guide's explanations, you'll get first-hand insight into the history of this city.

We will start first by seeing the San José de El Poblado church and the urban art that decorates the walls of the neighbourhood. Then, we will make a stop at the Inflexión Memorial Park, where we will remember the thousands of victims to drug trafficking in Medellín from the 1970s to the beginning of the 21st century.

We will also make a stop in the Alpujarra area, the administrative centre that houses both the Medellín Mayor's Office and the Antioquia Governor's Office. And here we'll discover several sculptures by Colombian artists, sure to attract your attention.

Then the bus will take us to the famous Cerro Nutibara, where the Pueblito Paisa is located. There, we will visit a replica of a small town in Antioquia. After learning about the traditions of this Colombian region, we will go to the parish of Nuestra Señora del Perpetuo Socorro, also home to an unusual building that will remind you of the Chernobyl nuclear accident.... it has to be seen to be believed!

We will end the tour at 6 pm back at the starting point.

US$ 13.80
Free cancellation up to 48 hours before the service starts
Book

We really liked the tour. The attention and explanations of the guide Germán were quite professional. We thank him and the bus driver who brought us the commitment to this service. The times at the stops are very adequate to learn about the sites visited and take photos. Highly recommended to visit the interesting points of Medellín. Opinion translated. Show original.

Very nice we have known a lot of history and very good the urban tour in the tram and the cable car. Ivy our guide has known how to instill and transmit her love to this city and tell us thousands of secrets, her knowledge is very deep and as a good paisa and she herself told us she speaks a lot! But she kept us very entertained. 100 points for Ivy and all our thanks from her Peruvian friends Opinion translated. Show original.

The best tour I have ever done in my life. I think the best thing he had was all the unforeseen events that occurred and that made us know Medellin more and better. Andres is a great guide! Super patient and predisposed to help in everything (even with doubts that we have travelers beyond the tour). Impeccably draw all the inconveniences that arose. It certainly made us LIVE the city. This is of great value for those of us who cannot stay in the city for long! Opinion translated. Show original.

Excellent experience. Thanks to our guides Ivi and his partner. You could see the love they have for their country for how they told us the stories of each point visited. We highly recommend Opinion translated. Show original.

9.80 / 10 432 reviews
Enjoy a boat ride, climb the La Piedra del Peñol rock and discover the history of one of Pablo Escobar's mansions on this tour of Guatapé from Medellin.
US$ 33.30
Book
like

9.40 / 10 37 reviews
Discover Colombia's world-famous coffee on this tour to Palmitas from Medellin. You'll enjoy incredible coffee and learn all about the farming process.
US$ 52.50
Book
like

9.80 / 10 411 reviews
Discover the history of Medellín and its most important monuments, such as Plaza de Botero or the Metropolitan Cathedral, with this free tour. It's FREE.
Free!
Book