Travel back to the glory years of the Mexica civilisation on this guided tour of the Templo Mayor Museum, the centre of religious life in the Aztec capital of Tenochtitlan. 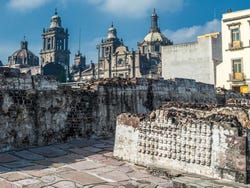 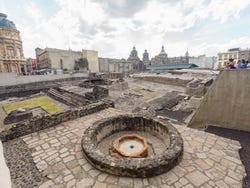 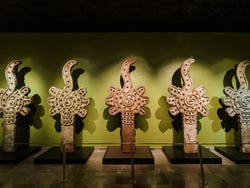 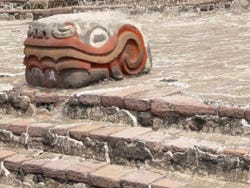 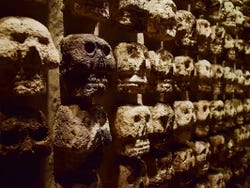 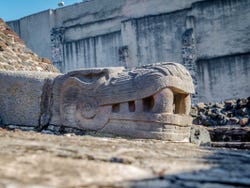 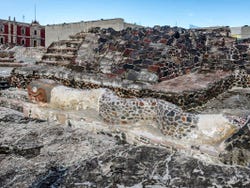 The tour meets at the museum itself at 10 am, ready for a voyage in time over the course of a two hour tour!

During the guided tour of the Templo Mayor Museum, we'll admire an impressive collection of over 10,000 objects, many of which were discovered during the excavation of the temple.

Then it's onwards to the archaeological area, which was the Tenochtitlan city of the Aztec empire until its destruction by the Spanish colonists. Passing through the remains, we can imagine the temples dedicated to the Goddess of rain, Tláloc and the God of war Huitzilopochtli.

During the tour of the settlement you'll learn about the seven steps to the construction of the city, which it's thought had up to 78 buildings! Of the second phase, only temples remain, and from the third phase, stairs relating to the kingdom of Emperor Itzcóatl.

Then with two hours of fascinating history behind us, the tour comes to an end.

Entry to the archaeological site and the Templo Mayor Museum.

9.40 / 10 258 reviews
Can you imagine flying over the Teotihucán Valley? Live through an unforgettable experience, admiring one of the most important Mesoamerican civilisations from above.
US$ 135.50
Book
like

10 / 10 3 reviews
Spend an unforgettable day discovering the ancient Mesoamerican city of Teotihuacán: fly over millennia-old pyramids in your own private hot air balloon!
US$ 396.50 per group
Book
like

9.10 / 10 372 reviews
Get to know the history of the Mexican capital and its religious fervour on this tour of 3 local cultural icons: Tlatelolco, Teotihuacán and Villa Guadalupe
US$ 38.40
Book