Learn the secrets of the most traditional and spectacular of Mexico's sports, in an authentic Mexican wrestling show in the Arena Mexico, the mecca of wrestling. 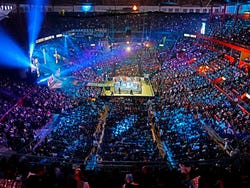 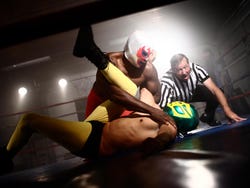 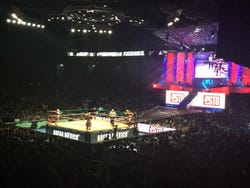 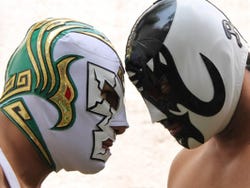 After meeting your guide at the Zocalo Capital Bus Stop at the scheduled time, you'll hop aboard an open-top bus for a panoramic tour of central Mexico City.

The sightseeing route will take you to see emblematic places of interest in the Mexican capital such as the Monument to the Revolution, the Alameda Central, the Glorieta de Colón and the Church of the Holy Cross.

The bus tour of Mexico City will come to an end at the Arena Mexico for the main event of your activity. Mexican wrestling is a kind of Olympic wrestling characterised by its spectacular acrobatics such as dangerous jumps outside the ring in a mixture of sport and drama which is as popular as football in Mexico. The wrestlers use a mask to hide their real identity, creating characters which are idolised and mythologised in equal measure by their fans.

You'll attend a live Mexican wrestling show of two or three rounds, accompanied at all times by your guide who will explain the different rules. To enjoy the spectacle to the fullest, you'll have the opportunity to try a shot of the very best tequila, and we'll give you a traditional mask as a souvenir.

The Lucha Libre Wrestling Show will last approximately three hours. At the end of the spectacular show, you'll return by bus to the original meeting point.

Built in 1956 and with a capacity of 14,000, the Arena Mexico is the most important wrestling stadium in the world. Today it is the headquarters of the World Wrestling Council and is managed by the Mexican Wrestling Company, the longest running and most traditional wrestling company, which organises shows on Tuesdays and Fridays all year round.

We will try to assign you a seat in the central or side priority areas for the best view of the wrestling. Check out the location of the seats on the following map:

Map of the Arena Mexico

Entry to the Arena Mexico with priority seating (central or side).

Drink: a welcome shot of tequila.

US$ 42.30
No hidden fees or surcharges
Free cancellation up to 24 hours before the service starts
Book

9.40 / 10 259 reviews
Can you imagine flying over the Teotihucán Valley? Live through an unforgettable experience, admiring one of the most important Mesoamerican civilisations from above.
US$ 135.90
Book
like

9.30 / 10 195 reviews
On this tour we'll get up close with the most visited archaeological site in Mexico, admiring the mythical Teotihuacán pyramids.
US$ 33.30
Book
like

10 / 10 3 reviews
Spend an unforgettable day discovering the ancient Mesoamerican city of Teotihuacán: fly over millennia-old pyramids in your own private hot air balloon!
US$ 397.70 per group
Book