The Mexico City Tourist Bus is a practical and comfortable way to tour the city. You can get on and off at any one of its stops to explore the city at your own pace, on board this double-decker bus. 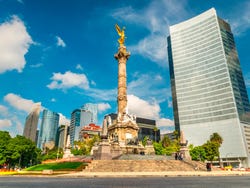 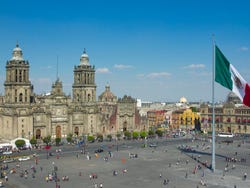 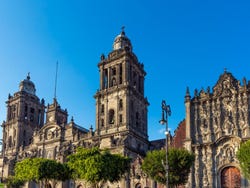 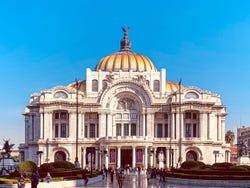 The Mexico city tourist bus has four different routes, with stops in the main tourist attractions in the city.

Historic Centre Route: this route takes you around the most emblematic spots in Mexico City, such as the Independence Monument, the Columbus Monument, Manuel Tolsa Square, the Museum of St Charles, and Casa Lamm, among others.

Polanco Route: takes you to the most fashionable parts of Mexico City - such as the Auditorium,  Avenida Campos Elíseos, Antara Mall, and the Papalote Museum.

Southern Route: this is the most bohemian part of the city, with stops at the Cibeles Fountain, the Roma Market, the bullring, flower market, Universum Museum, Frida Khalo Museum, and the Coyoacán Historical Centre, among others.

Before reserving you can consult the stops and routes on the Mexico City tourist bus.

The first time you take one of the buses, you can do so at any one of the stops throughout the city. Here you will change your ticket, and the ticket is valid for one day. So if you use it at 3 pm on Monday, it will be valid until 9 pm that same day. During this period you can get on and off the buses as many times as you like. To take full advantage of the ticket, we recommend using it for the first time as early as possible.

All of the Mexico City tourist buses operate from Monday to Sunday, from 9 am to 9 pm, with a frequency of between 20 and 45 minutes.

Unlimited use of the sightseeing bus for 1 day.

It took about 10 minutes to validate the "Bono", but once it validated, it was good for 24 hours starting from that very moment. The bus went through every monument of interest and with plenty of places to hop in and hop out. They have 3 different routes, we took the Polanco route, but this service covers all 3 routes, you just have to change busses at specific places. The buses go by every 20 minutes in both directions, so there isn't much waiting time to do. My wife and I are very pleased.

9.4 / 10 212 reviews
Can you imagine flying over the Teotihucán Valley? Live through an unforgettable experience, admiring one of the most important Mesoamerican civilisations from above.
US$ 143.70
Book

8.9 / 10 65 reviews
Leave the bustle of Mexico City and breathe the fresh air from the Iztaccíhuatl volcano, as you admire unbeatable views of Popocatépetl and the Mexico Valley.
US$ 50.30
Book

8.8 / 10 147 reviews
Get to know the colonial city of Taxco and its silver mines, and visit Cuernavaca, "the city of eternal springtime" with one of the oldest cathedrals in America
US$ 50.50
Book