Explore the charming Canadian city on this Quebec Day Trip departing from Montreal. You'll enjoy a bus tour around the most important locations as well as a cruise along the St. Lawrence River. 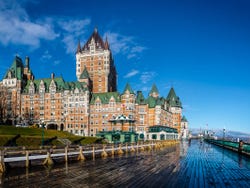 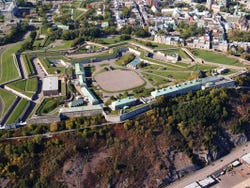 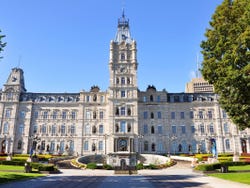 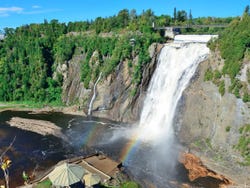 We'll meet at 6:30 am at 1255 Peel Street in Montreal and board the bus to Quebec City, one of the most beautiful cities in the French-speaking part of Canada!

During the trip, the guide will reveal some peculiar facts relating to the history and landscape, before arriving at Quai Chouinard in Quebec. From here, you'll begin a boat tour along the St. Lawrence River.

The crossing will take place on an impressive steamboat with an English audio guide so that you don't miss any details during the tour. You'll pass by the most symbolic spots around Quebec City, including the famous Montmorency Falls, the Ile d'Orléans and the iconic Château Frontenac, without a doubt one of the city's architectural gems!

After an hour and a half, the boat will leave you at the departure pier and from then on you'll have five hours of free time to explore Quebec at your leisure. We recommend wandering through the old town, which has been declared a UNESCO World Heritage Site. You'll also see outstanding monuments such as the Notre-Dame Basilica, the Parliament building and the Citadelle.

In the afternoon, we'll meet in downtown Quebec City to return to Montreal by bus, arriving at the starting point at 9 p.m.

English speaking guide on the bus.

No rating yet
Discover the largest city in Quebec in total comfort and having lots of fun with this bike tour of Montreal. Choose between a normal or an electric bike!
US$ 60.70
Book
like

No rating yet
Don't miss out on the opportunity to discover the delicious cuisine in the French Canadian city as an authentic local, with this Montreal Food Tour.
US$ 60.50
Book
like

No rating yet
Rent a bike and enjoy Montreal as you cycle through its quaint neighborhoods. Adventure is just a pedal push away!
US$ 29.80
Book