Immerse yourselves in the world of cinema, and enjoy amazing attractions from your favorite films, with this unmissable excursion to Universal Studios Orlando! 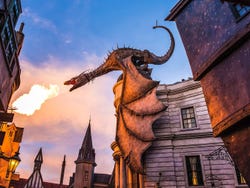 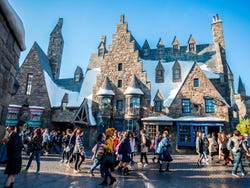 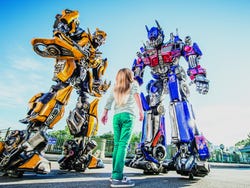 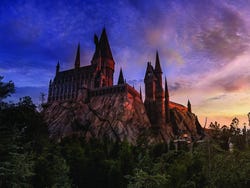 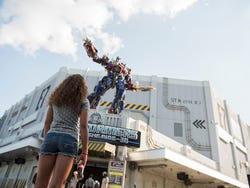 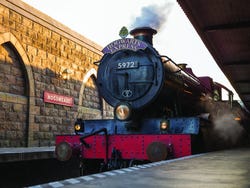 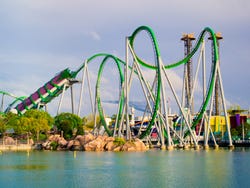 We'll pick you up from your hotel in Orlando between 7 and 8 am, and take you straight to Universal Orlando Resort. Once we arrive there, you'll have six hours of free time to enjoy the three parks at your own pace. You'll feel like characters from the famous series themselves, as you discover all the attractions that immerse you in the world of your favorite films.

The park has a variety of themed areas, each one with its own attractions, shows, restaurants and shops. When exploring Universal Studios Florida, you'll find yourself alongside unforgettable characters, such as everyone's favorite, the Minions, the members of the Simpson family, or even Shrek himself.

And you simply can't miss The Wizarding World of Harry Potter, where you'll explore emblematic spots from the films like Diagon Alley, the Leaky Cauldron or the iconic Ollivanders wand store. You can even experience what it feels like to escape from Gringotts in one of its attractions!

Although Universal Studios Florida is the most popular park of all, you can also take advantage of this excursion to visit Universal Orlando Resort's other two parks: Universal's Islands of Adventure and Volcano Bay.

At Universal's Islands of Adventure, you can meet your favorite superheroes like Spider-Man and get your adrenaline pumping on The Incredible Hulk Coaster. But that's not all - you'll also find other attractions dedicated to iconic movies such as Jurassic Park.

On the other hand, at Universal's Volcano Bay, you'll find a wide variety of water rides to cool off from the sweltering Florida heat. You'll have a blast as you speed down the Krakatau Aqua Coaster!

After a day full of thrills, we'll regroup at the scheduled time and head back to your hotel in Orlando by bus, arriving late in the afternoon.

The hotels of Orlando are divided into two areas. When you reserve this excursion, you should indicate one of the two following areas:

The start and finish times of this tour depend on the opening times of Universal Orlando Resort. If the activity begins at 7 am, we'll be back at your hotels in Orlando at 5:30 pm. If it begins at 8 am we'll return at 7 pm.

Limited Capacity Due to Covid-19

Due to demand and the current situation, Universal Orlando Resort has reduced the park's capacity for safety reasons. With this excursion the arrival is scheduled at 11 am, so it is most likely that there are no places left to enter the park and, in this case, the price of the excursion will not be refunded. The best option at the moment would be to  directly book the ticket to Universal Orlando Resort and go on your own first thing in the morning.

Hotel pick up and drip off

Transport in an air conditioned bus or minibus

Multilingual escort aboard the bus

Tickets to Universal Orlando Resort: from US$ 140 per person

US$ 32
Free cancellation up to 3 days before
Book

Hovercraft tour of the Everglades

10 / 10 1 review
Adventure into the Florida Everglades, where you'll see caimans and crocodiles from the hovercraft. Do you dare to face a little danger on your holidays?
US$ 30.10
Book
like

No rating yet
Lake Eola, Winter Park, Park Avenue... explore Orlando's most emblematic landmarks and monuments on this guided tour of the city.
US$ 75
Book
like -9%

No rating yet
The Go Orlando Pass allows free access to 30 attractions in Orlando, including the Kennedy Space Centre, Orlando Eye and much more. Unmissable!
US$ 149 US$ 135
Book