Ronda isn't just dramatic history and breathtaking landscapes: it's the perfect place to indulge in the incredible tastes of Spain on this food and wine tasting experience. 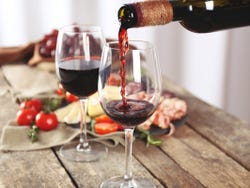 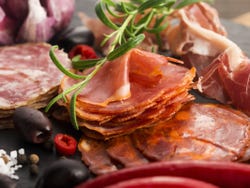 Spain is well-known for its mouth-watering gastronomy, and no trip to the country is complete without tasting the typical local delicacies. While exploring the picturesque clifftop city of Ronda, why not treat yourself to a food and wine tasting experience at Viandas de Salamanca?

You'll be served a selection of Iberian specialities accompanied by exquisite wine or cava. Through your delicious meal of jamón (ham), cured cheeses, salchichón (Spanish salami), chorizo, lomo (pork loin), and even tortilla de patatas, you'll be taken on a journey through the most traditional tastes of Spain. What are you waiting for? Just pick the time, the day and the menu that you prefer!

If there are still places available, you can book until the previous day (local time in Ronda).

from
US$ 18.20
No hidden fees or surcharges
Free cancellation up to 24 hours before the service starts
Book

9.40 / 10 1,080 reviews
Discover one of the most beautiful white towns in Spain, with this free walking tour of Ronda. Plus, you'll visit the famous Puente Nuevo bridge.
Free!
Book
like

8.90 / 10 38 reviews
Explore Ronda's historic centre on this guided tour, visiting the Gardens of Cuenca, the Colegiata, The Mondragon Palace and Don Bosco's House.
US$ 33
Book
like

9.30 / 10 93 reviews
Enjoy some of the best views of Ronda on this guided walking tour. An expert guide will show you the most symbolic sights of this stunning city, like the impressive Puente Nuevo.
US$ 11
Book