Discover the beautiful capital of Normandy on this private tour of Rouen. You'll explore the city in an exclusive group, it'll be just you and your partner, family, or friends.

Discover the beautiful capital of Normandy on this private tour of Rouen. You'll explore the city in an exclusive group, it'll be just you and your partner, family, or friends. 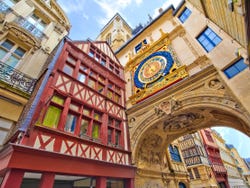 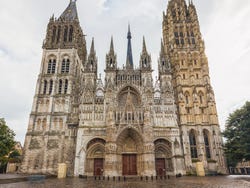 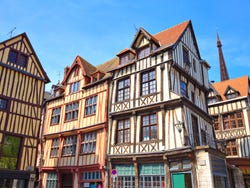 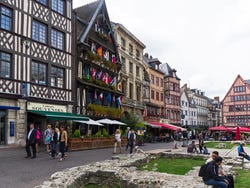 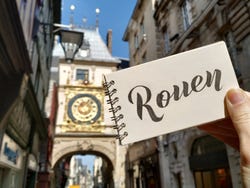 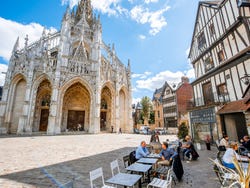 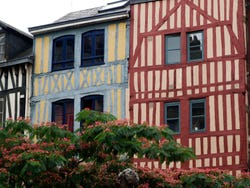 At the selected time, we'll meet you at your hotel in Rouen and, from there, we'll walk to the city's old town to begin our private tour of the capital of Normandy.

Our first destination will be the Notre-Dame cathedral district, a real architectural gem of Gothic art where the remains of great historical figures such as Richard the Lionheart were laid to rest. We'll admire the details of its portico, spires, flying buttresses, buttresses, and other architectural elements that make this temple one of the most beautiful cathedrals in France.

We'll then continue our tour and reach the Rue des Chanoines, one of the narrowest streets of Rouen, where we'll see the traditional Normandy houses with their iconic half-timbered facades. However, the most well-known avenue in the city is the Rue du Gros Horloge, where we'll admire the Great Astronomical Clock that gives its name to the street. Did you know that its mechanism dates back to the 14th century?

During this tour around the historic center of Rouen, we'll also admire many other iconic landmarks, such as the church of St. Maclou. This beautiful temple located in Place Barthelemy is another great example of Gothic architecture,  very present in the city.

After two hours of sightseeing, we'll end this private tour of Rouen at the Place du Vieux Marché - the square where Joan of Arc was executed in the 15th century.

We can either pick you up from your hotel in Rouen or meet you at the Tourism Office located next to the Notre-Dame Cathedral, it's your choice.

Private and exclusive tour, no one else will be part of your group.

Per group from
US$ 203.60
Free cancellation up to 48 hours before the service starts
Book