Explore the different aspects of Korean culture visiting the modern communications and observation tower, the NamSan Hanok village of traditional houses and the enlightening War Memorial of Korea. 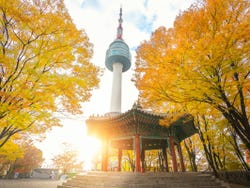 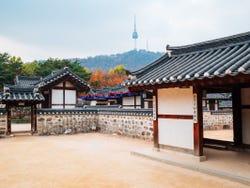 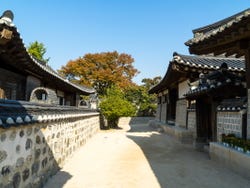 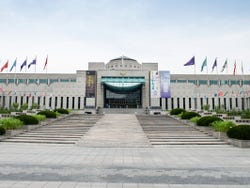 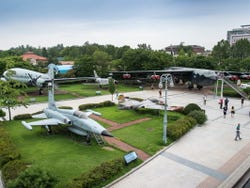 After picking you up from your hotel in Seoul, the tour will make its way to the Seoul communications tower, also called the N Seoul Tower. Thanks to its lofty 775 ft (nearly 240 metres) of height and its location right in the city centre, the tower's observation deck offers incomparable views over the South Korean capital.

Enjoy panoramic views of Seoul from the tower's observatory, where you'll get to know just how important this tower is to the city's residents.

Having made the most of the symbol of modernity that is N Seoul Tower, travel back in time to the NamSan Hanok village. Here you'll discover traditional Korean ways of life while you admire typical Seoul architecture in the restored Joseon Dynasty houses and gardens. Visit the site of the time capsule buried in 1994 to celebrate the city's 600th birthday - filled with 600 items thought to best represent Seoul, it'll be opened in 2394. On Mondays, when NamSan Hanok is closed, you'll visit Namdaemun Market instead,

For the last part of the tour, you'll visit the War Memorial of Korea, a memorial and museum built on the former site of the army headquarters to commemorate actors and victims in the wars that have shaped the country. Stroll around the square housing various military aircraft and machinery, and learn all about the conflict from the exhibitions inside, designed to prevent war and promote peace through the teaching of history.

Your tour will end at Seoul City Hall.

On Mondays, when NamSan Hanok and the War Memorial of Korea are closed, you'll visit Namdaemun Market and the National Folk Museum instead.

Pick up from hotel.

Drop off at hotel.

If there are still places available, you can book until the previous day (local time in Seoul).

US$ 39.50
No hidden fees or surcharges
Free cancellation up to 48 hours before the service starts
Book

10 / 10 2 reviews
Rollercoasters, zoos, shows, and fireworks are just some of the many attractions at the largest theme park in South Korea, Everland.
US$ 55
Book
like New

New
Climb up to the highest glass floor observation deck in the world when you buy a ticket for the fantastic Seoul Sky at the top of the Lotte World Tower​.
US$ 24.70
Book
like New