Explore Shanghai and discover its typical neighbourhoods, temples and gardens. You can choose a half-day tour or a full-day tour. 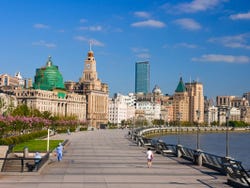 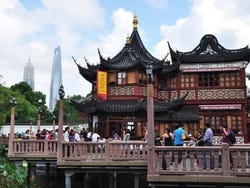 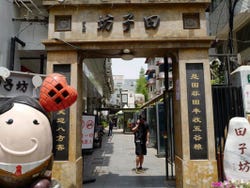 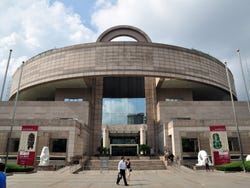 When you book, you can choose one of the following routes:

We'll meet at the arranged meeting point in Shanghai and head towards the Bund, one of the city's most famous areas. Here you'll find some of Shanghai's most historic colonial buildings.

The tour will continue at the Yuyuan Garden, near some of Shanghai's oldest streets. After strolling through the surrounding streets, we'll explore Xintiandi, a neighbourhood where we'll be able to see the old houses known as Shikumen. Did you know that this is where the First National Congress of the Chinese Communist Party was held?

To end the tour, we'll go from traditional Chinese houses to the French concession district, an area of 20th-century European style architecture. We'll return to the meeting point between 12 pm and 1:30 pm.

Our complete tour of Shanghai will begin when we pick you up from the selected meeting point and head to the Bund. We'll walk past the fascinating colonial buildings before visiting the Yuyuan Garden. You're sure to be awestruck by the traditional pavilions and the magical ponds!

The next stop is the Shanghai Museum, a museum holding a collection of over 120,000 pieces from different historical periods in China. Although we won't tour the entire museum, we will see the most important objects such as Jade stones, antique paintings and bronze pots.

Afterwards, we'll enjoy a snack to recharge our batteries, before heading off to explore the French concession district. Then we'll make our way to the Jade Buddha Temple, the most famous Buddhist temple in Shanghai.

Before returning to the original meeting point, we'll end the tour by exploring Xintiandi, a neighbourhood full of shops, restaurants and cafes. The tour will end between 4 pm and 4:30 pm.

This tour includes pick up from the following hotels in Shanghai:

You can book up to 3 days before (Shanghai local time) if there are still places available.

Free! Free cancellation up to 48 hours before the activity starts. If you cancel under this time or do not show up, you will not be refunded.
like Free

8.70 / 10 52 reviews
The fastest train in the world, the highest skyscrapers in China and some of the world's most grandiose buildings. Set off on an 8-hour private tour of Shanghai
US$ 240 per group
Book
like

9.10 / 10 132 reviews
Immerse yourself in the rich history of Shanghai as you explore the most traditional neighborhoods and colonial buildings of the city.
US$ 240 per group
Book