Varanasi is the holiest of the seven sacred cities of Hinduism. Discover its secrets on this walking tour of the spiritual capital of India. What's more, it's FREE! 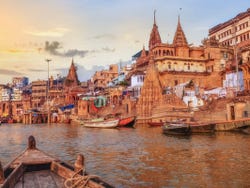 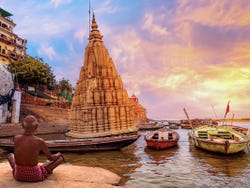 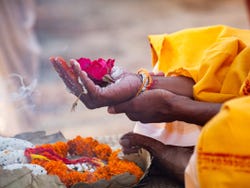 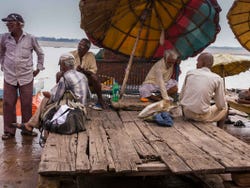 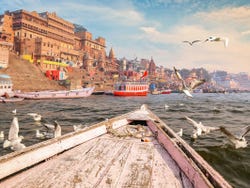 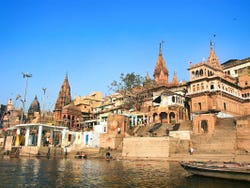 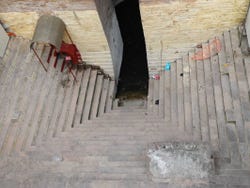 After meeting in the heart of Varanasi, you'll begin your free walking tour of one of the world's oldest cities, which has over 4000 years of history according to archaeological discoveries. Are you ready to delve deep into India?

Your two hour tour will take you to Varanasi's most symbolic places. You'll see the Nepali Mandir, a wooden temple built by a 19th century Nepalese King and dedicated to Lord Shiva. It is considered one of the oldest and most famous temples in the city.

You'll stroll down to the banks of the sacred Ganges river, where you'll reach Varanasi's most famous ghat, Manikarnika. Many of the city's ghats, or stepped embankments leading down to the water, are used by pilgrims for bathing as part of the puja ceremony, but a few are used exclusively as Hindu cremation sites. Manikarnika Ghat is one of the latter, and visiting it is a truly arresting experience. Hindus believe that being cremated at this holiest of places ensures direct entry to heaven: many elderly people make a journey here in their final days to spend their last few days absorbing the atmosphere here. Incredibly, a funeral pyre burns here 24 hours a day, 365 days of the year.

From here, you'll wander over to the city's ancient markets, where you can sample some local delicacies. You'll finish your free walking tour of Varanasi at the old stepwell pond of Lolark Kund, whose waters are considered sacred.

Abhi was really excellent guide , knows this city and cares about sharing it with you.

The free tour went very well. It was just me and my partner, but that made us take more advantage of the tour. Totally recommended and with very good explanations. Opinion translated. Show original.

walk through the streets near the main cat. if you have strong emotions do not miss it. very intense. Opinion translated. Show original.

Yash was a amazing tour guide. Funny, interested and with really good communication skills. He has also a good English.

It was a very complete and interesting tour in which he showed us different aspects of the Hindu spirituality present in the city. Very good guide, answered all our questions! Opinion translated. Show original.

10 / 10 2 reviews
If you like photography, this walking tour is perfect for you: see the most picturesque places in Varanasi and capture them in all their splendour.
US$ 10.80
Book
like

No rating yet
Visit the most important monuments in Varanasi on this private tour of the city with an exclusive expert guide for you and your family or friends. What are you waiting for?
US$ 47.10 per group
Book
like

8.50 / 10 20 reviews
Seeing the sunrise over the holy city of Varanasi is an unforgettable experience. Be seduced by its incredible colours on a boat trip of the Ganges.
US$ 13.50
Book