Visit the most important monuments in Varanasi on this private tour of the city with an exclusive expert guide for you and your family or friends. What are you waiting for? 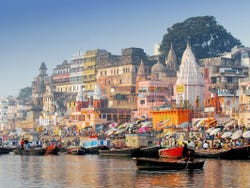 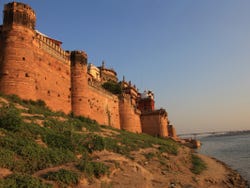 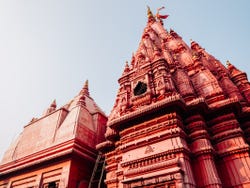 When you reserve a private tour, you benefit from a personalised service thanks to your own exclusive guide. You'll also enjoy the comfort of transport by private vehicle where necessary during your tour.

After being picked up from your hotel at 9 am, you'll start your 4 hour tour of Varanasi. The first stop on your route will be the imposing Ramnagar Fort, located on the eastern bank of the river Ganges overlooking the rest of the city. Constructed in 1750, the palace-fortress is somewhat crumbling today, however its still-beautiful intricately carved balconies stand out as a reminder of its former splendour.

Not far from the fortress, you'll reach the tomb of Lal Khan, a famous Mughal noble. The stunning mausoleum is one of the most magnificent examples of Mughal architecture remaining in the Indian region of Uttar Pradesh.

Next, you'll make your way to the University of Varanasi, one of the country's most prestigious educational institutes, which is located in an enormous green space in which you can enjoy a peaceful stroll away from the hustle and bustle of the city. You'll also visit two of the city's best-known temples: Shri Durga and Shri Kasi Vishwanath, whose stunningly colourful façades will leave you in awe.

And, of course, it wouldn't be a tour of Varanasi without a visit to the iconic ghats, the stepped embankments that lead down to the water of the Ganges. Here you'll experience the true spirit of this sacred city, witnessing the daily lives of locals around the holy river.

Starting at 10 am, this tour will follow the same route as the 4 hour tour, visiting the most iconic sights in Varanasi. You'll also visit Saint Mary's Cathedral, a curious Catholic monument in the heart of so much Hindu and Buddhist culture.

This private tour option will also take you out of Varanasi for an excursion to Sarnath, the birthplace of Buddhism, the site where Buddha gave his first sermon after his enlightenment. During this part of the tour, you'll explore the ruins of the most famous temples in this ancient city, admiring their architecture and discovering the secrets of this millennia-old religion.

If there are still places available, you can book until the previous day (local time in Varanasi).

Per group from
US$ 46
No hidden fees or surcharges
Book

9 / 10 2 reviews
Explore the villages surrounding Varanasi on this private tour and discover the true heart of Indian culture. See how saris are woven and watch as young children learn Sanskrit.
US$ 59.20 per group
Book
like

10 / 10 1 review
Delight your senses with the exotic flavours of India on this food tour of Varanasi. Explore the city's food markets and taste some of the area's most typical dishes.
US$ 13.20
Book