It's the 19th century, a dark night shrouded in mystery, and a terrible murder has taken place in Venice. Solve the clues of the crime on this murder mystery game around the City of Canals. 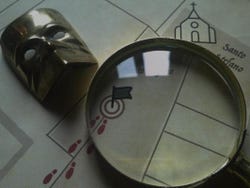 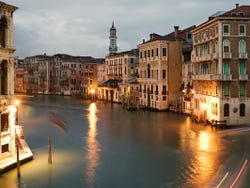 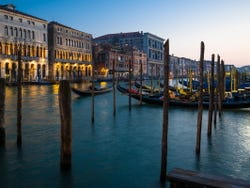 Murder Mystery in a Venetian Palace

The neighbours say they heard strange noises last night. Very unusual for the quiet streets along the canals. There are no mobile phones to record the event. It's the 1850s, and everyone's talking about the spine-chilling murder in Venice... your task is to solve this mysterious death that no one is able to explain. Start in Campo San Stefano and make your way into the surprisingly sordid depths of Venice!

How did it happen? What evidence has been found? Are there any witnesses who can clarify what took place? To find the answers to these questions, you'll follow your guide, who will give you a map of clues related to the mysterious murder. Now is the time to investigate: you'll need your wits about you to work out the different challenges, tests and puzzles involved in the game.

Your guide will lead you to an ancient Venetian palace, a secretive setting where you'll continue investigating the surprise clues and evidence found around each corner. But watch your back! No one is who they seem... just like in Cluedo, or in an Agatha Christie novel, anyone could be the murderer.

Following the clues and instructions, your activity will come to an end after you've solved the mystery... or will it?!

This activity is a game: the crime scenes, clues, characters, events and information involved are not real; they are props, actors and settings used to create a made-up hypothetical murder that could have taken place in 19th century Venice.

This activity requires a minimum of 4 participants. There is also a maximum group size of 10 people per murder mystery game.

Maps, scenery and props to resolve the mysteries of the game.

9.70 / 10 261 reviews
The sun setting, three-hour cruise, a gourmet dinner, the Lagoon islands and a stunning Venetian galleon make this an incredible evening in Venice.
US$ 121
Book
like -8%

Venice Carnival Mask: Make Your Own

9.40 / 10 41 reviews
Venice, the city of canals... and Carnival!Decorate your own mask in this Venetian masks workshop and experience this side of the famous festivity.
US$ 68.90
Book