Get lost in Hindu religion and culture on this walking tour of the temples of Bengaluru. Discover its history and traditions as you visit the city's most important sacred sites with an expert guide. 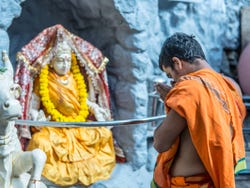 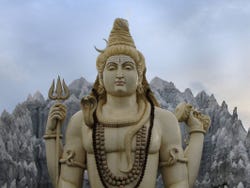 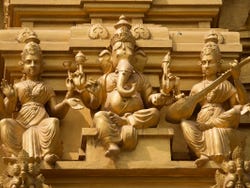 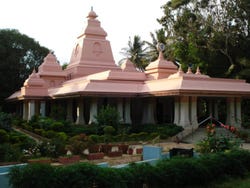 Meet your local English-speaking guide at the scheduled time by the main entrance to the Ramakrishna Math, a Hindu monastic organisation founded in the 19th century. These days the order has more than a hundred branches in India and throughout the rest of the world, including in the United States, Argentina, France and Japan.

Explore inside the monastic complex, visiting the museum and the impressive library collection at the Ramakrishna Math, while you hear about its origins and beliefs.

Continue your guided tour of the temples of Bengaluru, learning more about the culture and rituals surrounding one of the world's largest religions: Hinduism. You'll see some of the city's most important places of worship, including Sri Gavi Gangadhareshwara Swamy, a fascinating 16th century rock-cut cave temple, and Ramanjaneya Gudda, which is crowned by a huge statue of Hanuman, the god of Bangalore, hugging the Hindu deity Rama.

Having learnt the secrets of the Hindu religion, its multiple deities and fascinating traditions, you'll make the final stop on your tour, visiting Shree Dodda, also known as Nandhi Temple, a shrine dedicated to the sacred bull, the companion of the Hindu god Shiva.

Transport during the tour should it be needed.

Hot drink in a traditional cafe.

US$ 10.40
No hidden fees or surcharges
Free cancellation up to 24 hours before the service starts
Book

6.70 / 10 8 reviews
Discover the charms of one of India's most cosmopolitan cities on this free walking tour of Bengaluru. Visit its main landmarks including Vidhana Soudha and Attara Kacheri.
Free!
Book
like

No rating yet
Experience the best of Indian nightlife on this Bengaluru bar crawl. You'll join a group of new friends, visit four different pubs and get a free shot in each!
US$ 19.60
Book
like

No rating yet
Reveal the hidden myths and legends of Bengaluru on this guided walking tour. Discover an alternative side to the city as you explore its streets and monuments.
US$ 10.40
Book