30 years of conflict at the cost of thousands of people.  What was it for? What were those ideals that were more important than life and death? On this tour of Belfast, you will discover the places that were scarred by the Northern Ireland troubles, the political milestone of the 20th century. 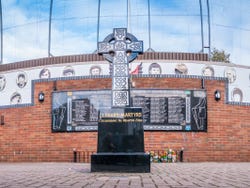 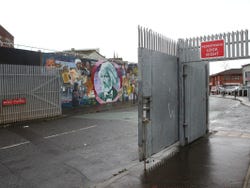 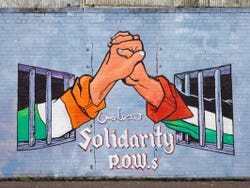 Imagine yourself in Belfast in the 20th century. The bombs and gunshots have become routine and the military has taken control of the streets in response to the outbreaks of violence. You are in one of the most turbulent periods in the history of the United Kingdom and you only have two options, side with the Republicans or the Loyalists. Who are you with?

A republican ex-prisoner will welcome you at the starting point. We will walk along Falls Road, where we find the walls that pay homage to the bloody conflict. You will get goosebumps listening to the guide´s personal history while admiring the almost 2000 representations of peace and liberty. Martin Luther King and Nelson Mandela with his fist in the air are just some of the poignant drawings that you will see adorning the walls.

On the second part of the tour, it will be the turn of a loyalist ex-prisoner to speak about the repercussions of the conflict on their side of the divide. We will pass through the gates that divide the two factions, and head down the famous Shankill Road. We hear first-hand accounts of local residents that don’t want to leave the United Kingdom.

You can leave your dedication on the Wall of Peace, just as distinguished figures such as Bill Clinton and the Dalai Lama have done.

After being overwhelmed by so many conflicting emotions, we will finally end the tour in Lower Shankill Road after three hours.

US$ 25.30
No hidden fees or surcharges
Free cancellation up to 24 hours before the service starts
Book

No rating yet
See the best of Northern Ireland with this day trip to Giant's Causeway, the Titanic Experience and Dark Hedges from Belfast.
US$ 78.90
Book
like Free

9.40 / 10 882 reviews
Enjoy a walk through the historic centre of Belfast with this guided tour that will reveal all the hidden gems of the Northern Irish capital. Plus, it's free!
Free!
Book
like

6.70 / 10 19 reviews
The Belfast sightseeing bus is the ideal way to explore the capital of Northern Ireland. The open-top double-decker bus allows you to enjoy the best views of Belfast
US$ 19.70
Book