On our Biarritz Segway Tour, we'll glide along Biarritz's beautiful coast on segways. You'll explore one of the most beautiful towns in the region of Labourd, in the French Basque Country.

On our Biarritz Segway Tour, we'll glide along Biarritz's beautiful coast on segways. You'll explore one of the most beautiful towns in the region of Labourd, in the French Basque Country. 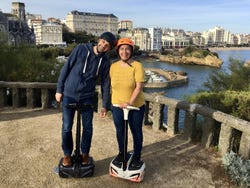 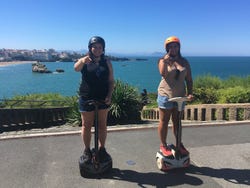 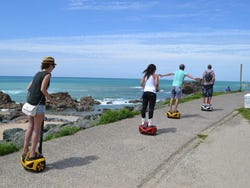 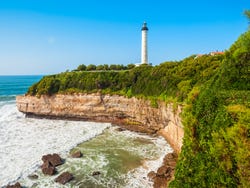 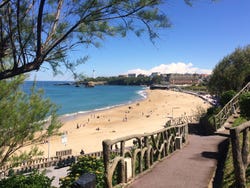 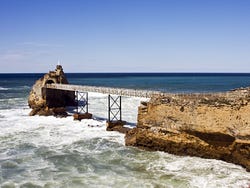 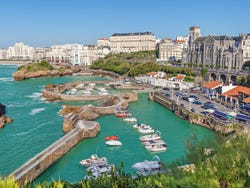 At your chosen time, we'll meet at the central Avenue de la Marne and start our segway tour of Biarritz. After a short time learning how to ride the segways, which will be Inmotion R1ex models, we'll set off towards the main monuments of this charming city in the French Basque Country.

As we glide along the coast, which has such strong waves from the Atlantic Ocean that Biarritz is a surfer's paradise, we'll make several stops. We'll learn some interesting facts about this sport as we pass by the Grande Plage and the Hôtel du Palais; a luxurious building that was built as a summer residence for Napoleon III and Eugénie de Montijo.

We'll then head to the Biarritz Lighthouse, which dates back to 1834. In this area, we'll see spectacular panoramic views of the cliffs and coastline of the city.

After admiring the views, we'll continue touring other parts of Biarritz's coastline, such as the Plage Miramar. From there, we'll also see a string of rocks that stretch out into the sea, one of these being the iconic Roche Ronde.

Our tour will then come to an end and we'll return to the starting point, 2 hours after our departure.

The activity takes place with an escort that speaks in English, Spanish and French.

Is there a water dispenser.

US$ 39.60
Free cancellation up to 48 hours before the service starts
Book

10 / 10 17 reviews
The luxury of the Belle Époque and the Roaring Twenties await on our Biarritz Guided Tour. On our tour you'll discover the historic centre of this French city and travel back in time...
US$ 22.60
Book
like

10 / 10 3 reviews
Discover why Biarritz has been called the Queen of Resorts and the Resort of Kings on this private sightseeing tour of the French Basque city.
US$ 135.80 US$ 95 per group
Book
like

New
Soar over a breathtaking landscape on our Biarritz & Basque Coast Helicopter Ride. You'll admire incredible views of picturesque villages and one of the best places in Europe for surfing.
US$ 168.60
Book